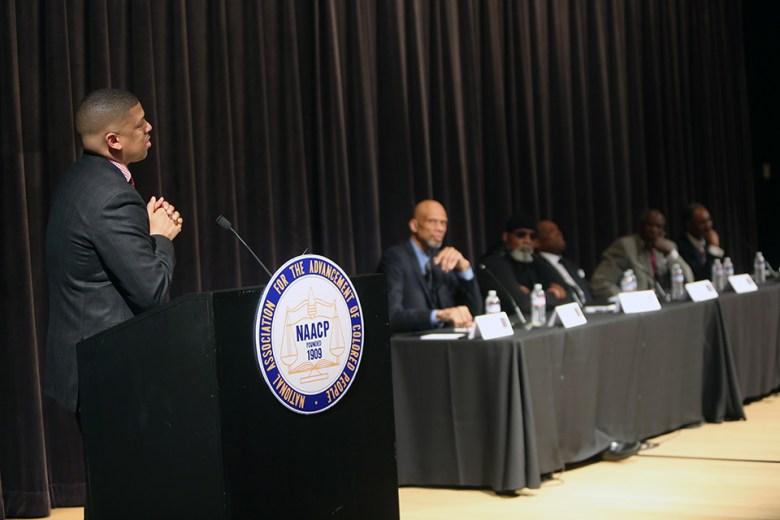 Throughout our history, sports has played a pivotal role in the advancement of civil rights – from Jackie Robinson integrating baseball to Tommie Smith and John Carlos taking a stand at a 1968 Olympics medal ceremony. Last year, NBA Commissioner Adam Silver’s swift and decisive response to Los Angeles Clippers owner Donald Sterling’s racially charged comments made clear that there is no place for institutionalized racism in today’s society.

This past Monday night’s Indivizible presentation, held at the Crocker Art Museum’s Setzer Auditorium, was multifaceted: a panel dedicated to exploring the intersection of race, sports, and politics and the induction of Mayor Kevin Johnson into the California-Hawaii NAACP Living Legacy Hall of Fame. Partnering with the CA-HI NAACP, Mayor Johnson led the conversation with pivotal African American figures that impacted his life.

NBA legend Kareem Abdul-Jabbar, the Honorable Willie L. Brown Jr., sociology and race expert Dr. Harry Edwards, 3-time National League Manager of the Year Dusty Baker, and former MLB Manager and MLB Network Analyst Jerry Manuel joined Mayor Johnson for an interactive discussion on topics ranging from discrimination in professional sports, the social and political implications of incidents like the Donald Sterling situation, and the opportunity for sports to be an agent of change.

After an introduction by California-Hawaii NAACP President Alice Huffman, Mayor Johnson opened the presentation by describing the panel as “just a conversation with [his] friends.” His methodology for choosing which friends to join him was interesting: Mayor Johnson wanted each major phase of his life represented on the panel.

He idolized Dusty Baker and Jerry Manuel as a young baseball player in Sacramento. He enrolled in Dr. Edwards’s Sociology class while at UC Berkeley. He modeled his political career after former San Francisco Mayor Willie Brown and he had an opportunity to learn from one of the greatest players in NBA history in Kareem Abdul-Jabbar during his career in the NBA. 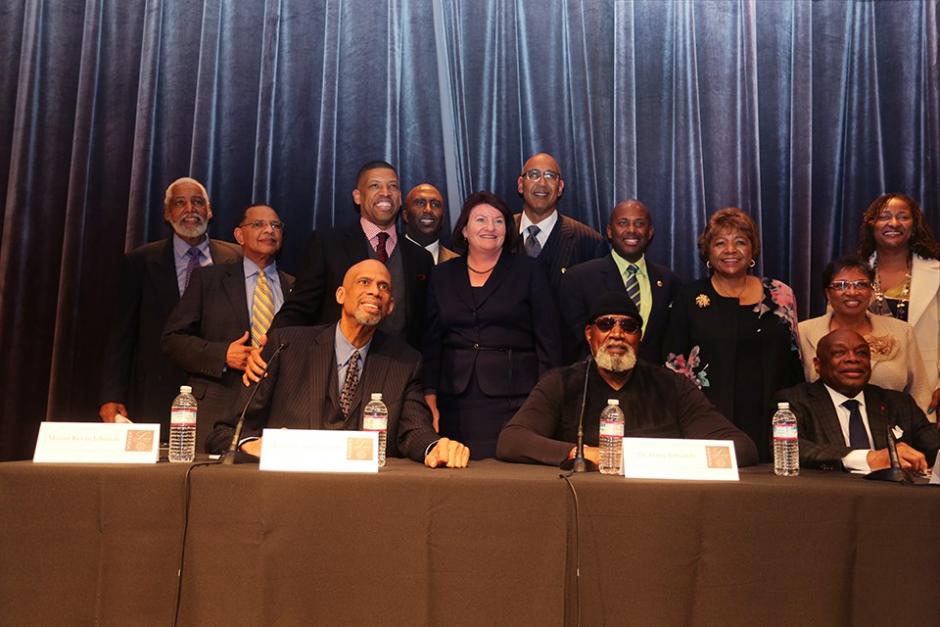 Each panelist delivered powerful comments. After a round of introductory conversation and anecdotes, the panelists added their own unique perspectives on the theme of the day—the cross-section of race, sports, and politics—and provided the audience with experienced insight on where we’ve been as a people, where we are as a people, and where it looks like we’re going as a people. From the dwindling numbers of African American players in the MLB to how mayors deal with sensitive political issues like race, the panel’s comments ranged across a spectrum of issues in society.

The night was not just about legends having a great conversation, however. The panel was one portion of the California-Hawaii NAACP’s 3rd Annual Living Legacy Hall of Fame Symposium, an event awarding and recognizing leadership excellence in the California African American community.

Mayor Johnson held the distinct honor of being awarded this year’s NAACP Living Legacy Award. The night was capped off with a dinner to present the Mayor with the award, where he was joined by a broad base of Sacramento leadership, from state and city elected officials to business leaders and civil rights champions. 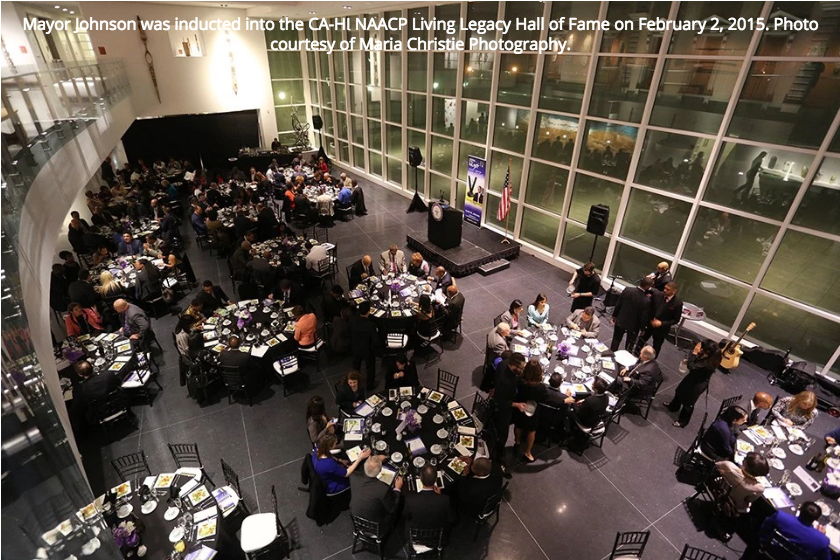 Be sure to set your calendar for our March Indivizible meeting! The Honorable Andrew Young will be joining us for a conversation with Mayor Johnson that you won’t want to miss!