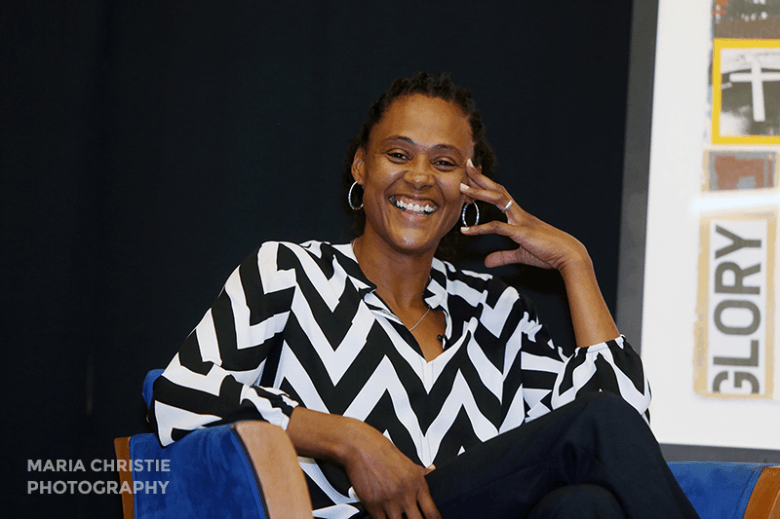 Assembling last month’s Indivizible meeting at Sacramento High School, featuring guest speaker Marion Jones, proved to be timely, as the crowd housed a plethora of young men and women, waiting to catch of glimpse of the American track and field star. It was especially endearing to see the eagerness of our young community members – most of which weren’t alive during Jones’ prime – that turned out, to gain some insight from the woman who managed to turn her dreams into reality, lose everything she worked for, and rise yet again, like a rose that grew from concrete. 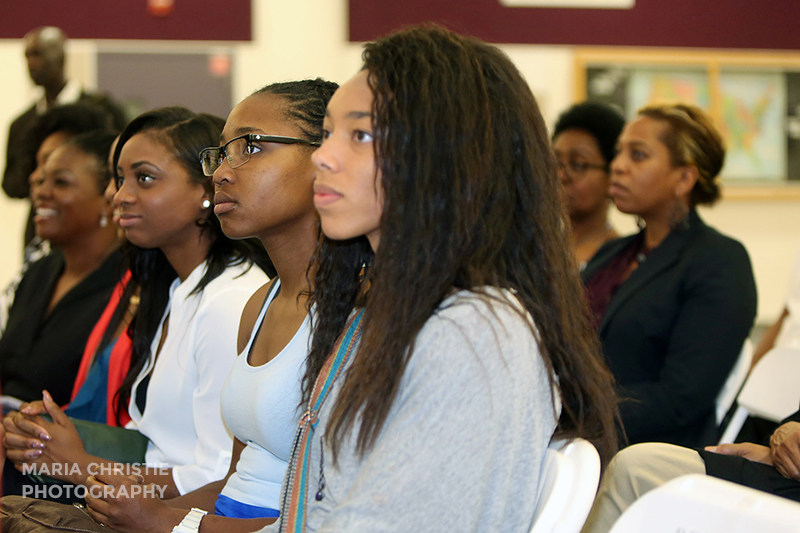 Jones made it a point to not negate accepting her role in the BALCO scandal, however it was her experiences after the debacle that resonated most with members. She spoke candidly about the effects of her fall from grace, recounting how over the last ten years her faith was tested, she lost a host of so-called friends, and how challenging it was serving 49 days in solitary confinement.

Here are a few lessons the audience was able to take away from Jones’ visit and story:

>> WHEN IN DOUBT, STOP AND TAKE A BREAK

We’re all faced with decisions that could potentially have a major impact on our lives. Jones’ suggestions in dealing with such situations: TAKE A BREAK! She carefully reminded meeting goers of the value in not taking immediate action when faced with tough decisions.

“Instead of making a rushed decision, take a step back…reach out to someone who has real life experience. Find someone that will give it to you straight. You know, we all have that friend who won’t mince their words!” -Marion Jones

As easy as this sounds, we all have the tendency to want to take on the world alone. While Jones discussed the details surrounding her guilty plea, candidly describing how “taking a break” was the one thing she wished she was able to do while when she was faced with hard decisions. 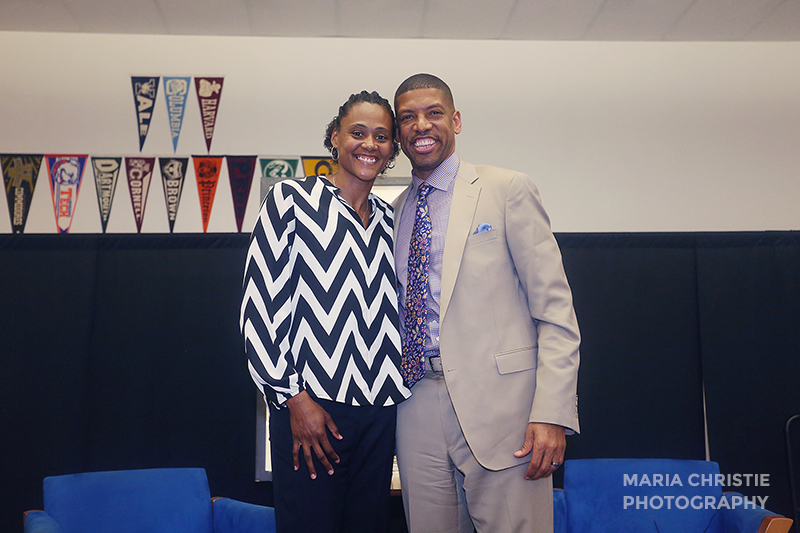 Despite such, Jones’ silver lining was unmistakably clear, as she effervesced the crowd with the lessons she learned after her gold medal fiasco – which became the crux of the major tenants of her program, Take a Break, aimed towards guiding our youth to make better decisions.

>> THERE ARE NO IF’S WHEN IT COMES TO YOUR PASSION

During the Q&A, a young woman asked Jones what her plan-b was if Jones wasn’t able to do what she loved most – being an athlete. Jones’ response:

There was none of that! I knew that in the 6th, 7th grade, that I loved sports. So, there was no “IF”!  -Marion Jones

Although Jones encouraged the young participants in the audience to never give up on their dreams, warding off any, and all, that stood in their way of attaining their dreams, she stood firm on her position on the of the importance of education – graduating with a degree in journalism and communications, in addition to becoming an all-star athlete.

>> THE SUPERWOMAN/SUPERMAN IDEAL ONLY WORKS IN THE MOVIES

Social conditioning leads many young African American women to believe they have to wholeheartedly comply with society’s theories on individualism, which often times applies unnecessary pressure.Jones spoke openly on her irritation with this, as well as media, who regularly encouraged her to accept this “super woman” role.

“You know what world, I’m not superwoman. No one knew the pressures or the issues I had! Don’t fall into the trap of not showing weakness…” – Marion Jones

The superwoman/superman role will only last for so long. Jones enthusiastically compelled members to remember that it is ok to reach out for help, especially in times when faced with tough decisions.

>> YOU’RE NOT ALONE IN THIS

It’s fairly easy to fall into thinking that we’re all alone, especially when we’re faced with trials and tribulations. Jones likened this reality to her own life, and challenged the audience to remember that not only is she non-exempt from falling from grace, but in addition, her imperfections get sensationalized by the media. 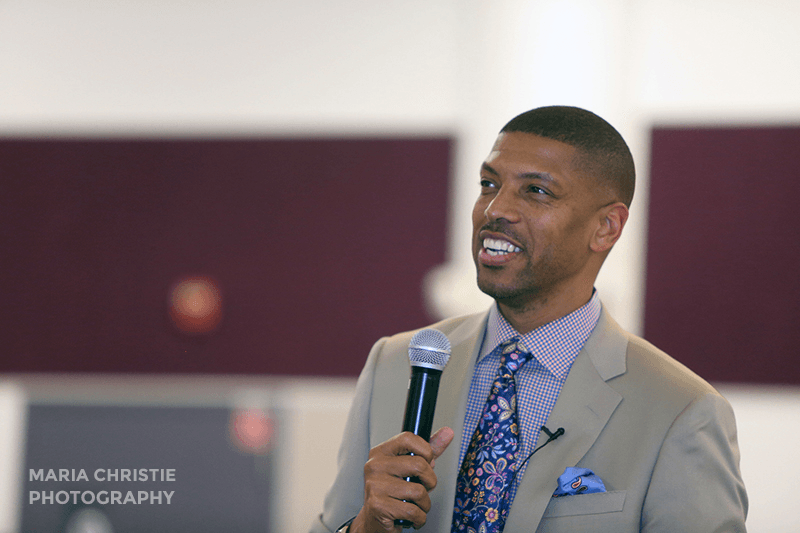 “We all deal with things! Mine just happened to be on the front page of every magazine and newspaper, but we ALL deal with stuff!” -Marion Jones

Jones attributed her ability to get back on the horse to her rock solid relationship with God, her loving husband and family, and her unwavering fan base. We are not alone, no matter how bleak our situation my initially seem, like Jones, there’s always a silver lining!

We’d like to thank Marion Jones for taking the time out to speak to the Indivizible community, and sharing her story and life lessons. We look forward to our next Indivizible meeting, October 17, 2015, featuring CEO Christopher Williams!