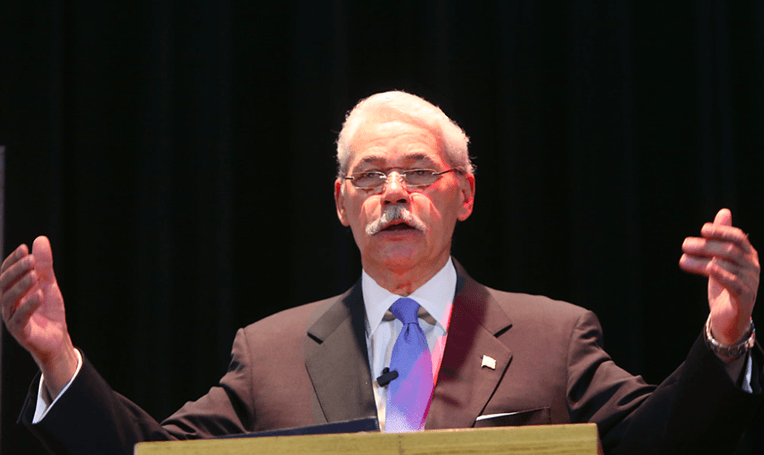 Although Black America no longer has the fight of slavery, there is still the constant struggle against structural racism, which has become the big, fat elephant in the room that no one wants to talk about or even attempt to manage. The figurative walls these racial disparities and seemingly invisible barriers to opportunities have created within our society are becoming higher than most would like to admit.

Even still, the black community presses on, defying the odds every single day. Dr. George C Fraser, guest speaker at last weeks October installment of the 2014 Speaker Series, made it a point to remind Sacramento just how significant that the African American culture and community really is. Although not popular opinion, Black America is oozing with brilliance, offering our country countless advances in a multitude of industries, not ever to be forgotten.

Fraser also had the chilling responsibility, reminding the Indivizible community that although we’ve managed to come so far, we’ve lost sight of the importance of the one aspect within our culture that we stand to gain the most from, each other! 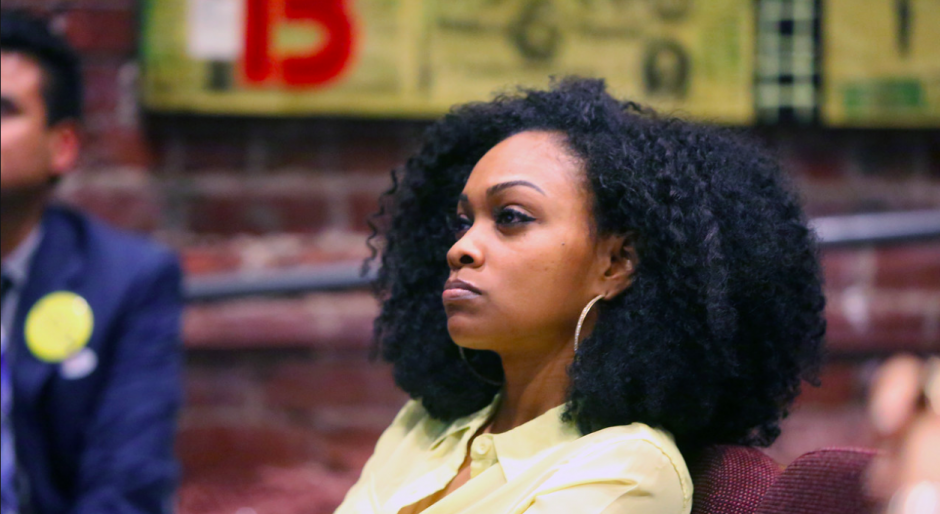 Fraser also felt compelled to discuss a few other theories as to what’s stands in Black America’s way as it relates to leading successful and fulfilling paths. His theories, surprisingly, were well received as the crowd chuckled and nodded in agreement as Fraser belted out, “We [African-Americans] have some bad ass habits!” It’s hard to admit such, however, members gave their undivided attention as Fraser discussed what’s really holding the black community back…

Fraser made no apologies when he pointed out the chilling reality that African Americans aren’t the greatest at reinvesting their time, energy or resources back into the black community. He warned members, with urgency, the importance of narrowing our cultural vision, making an effort to make ourselves and those in the Black community great.

We don’t help our own, we won’t even hire our own, which unfortunately is one of the biggest pieces of the puzzle as to why blacks can’t get ahead.

Like China, once the black community recognizes their value, starts working together and helping our own, it will only be then Black America can aid in making our country great.

Fraser carefully reminded Indivizible members that in order to be successful and make better lives for ourselves and our families, we must work together and at times depend on one another in order to grow. There’s no way around it.

Fraser insists that from this dependence our communities must then transition to a state of independence and ultimately, towards interdependence. Staying interconnected with one another is the framework for our success. Other cultures and nationalities all over the world have recognized this truth, however the black community has yet to recognize the value in such.

It’s no secret that people like Eddie Brown, Bill Cosby and Kevin Liles, all known for giving openly to the black community over the years, are the exception to the rule when it comes to reinvesting back into African-American and underserved communities. Let’s face the hard facts, most successful African Americans don’t make it a habit of giving back to the very communities they come from.

Fraser made it a point to remind every member in the audience, of their duty, to actively socially isolate and outright ostracize successful African Americans, with the means to give back, that don’t don’t reinvest back into their own culture and community. Harsh, however Fraser held firm in his convictions.

4. Rally Around Our Pain Instead Of Our Path

As we see with the Ferguson devastation, Travon Martin and even the Jordan Davis case, Black America has no issues when it comes to rallying against injustice and there is no shortage in black sentiment and support. Although this sentiment is not only needed, but required, where is this very passion when the time comes to support our individual and collective paths?

As a culture, we must recognize the importance, as well as the impact of the simple things like attending back to school night, PTA meetings or volunteering in a local tutoring program. There comes a time when we must realize being reactionary to situations will only get us so far. It’s time, as a community, to start working proactively, to making a social change for the better.

African-Americans represent a whopping $1.1 Trillion dollars in buying power in America and if we were to liken the black buying power to that of a country, the African-American community would be the 16th largest nation in the world. We’re the largest consumers of media, watch 37% more television, take 8 times as many shopping trips and spend  9 times more on beauty and grooming products than any other consumer group.

Although the African American consumer has become the most relevant consumer in today’s world, Fraser warns the black community to have “an aggressive never ending personal and group focus on equity and ownership, instead of consumerism and consumption.” A hard task, yet not impossible.

Although a not so popular theory, anger has always been a motivator for change. Fraser eloquently reminded members that leaders like Martin Luther King, Jr, Malcolm X and even Mother Theresa were motivated by anger from the social injustices that stood before them. They too realized that their toleration of such despicable acts, where contributing to the overall problem. Yes, anger propelled these saints into action.

Even though anger is almost always at the root of change, one must ensure they must aggressively manage such anger for the good of the cause. You must emphatically manage your anger and push yourself to use this emotion, exclusively towards positive change.

Are you angry? What exactly are you doing about it?

7. Not Enough Emphasis On Wealth

Sure, we all know that there’s more to life than just money, however, wealth is another matter within itself. Whats most alarming is that, collectively, the African American community doesn’t see the importance of accumulating wealth. According to Fraser, the black community has taken the art of spending and consumption to another level!

Fraser encouraged the crowd to understand that the reason maintaining wealth should be held at a higher standard, because it will ultimately determine your overall quality of life.

The non-negotiable for every parent is to strive to get your child through high school and college without having a child, going to jail or getting on drugs. Seems simple enough, but most parents will remind us that this path is not easily walked. However, we must hold ourselves accountable to these strict guidelines and create such expectations for our community, as a whole.

Fraser encouraged Indivizible to take this frame of mind to the next level and take on the responsibility of one African-American child, under the above referenced theory, other than your own. Yes, a family member, friend or even a complete stranger. Take it upon yourself, to do all that you can to help creative positive change in this young persons life. Help him or her have a fighting chance. The benefits from these actions will affect generations to come.