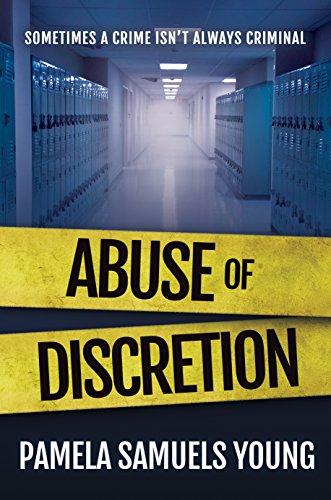 Kid’s Curiosity … A Parent’s Nightmare
The award-winning author of “Anybody’s Daughter” is back with an addictive courtroom drama that gives readers a shocking look inside the juvenile criminal justice system.

Graylin Alexander is a model fourteen-year-old. When his adolescent curiosity gets the best of him, Graylin finds himself embroiled in a sexting scandal that threatens to ruin his life. Jenny Ungerman, the attorney hired to defend Graylin, is smart, confident and committed. She isn’t thrilled, however, when ex-prosecutor Angela Evans joins Graylin’s defense team. The two women instantly butt heads. Can they put aside their differences long enough to ensure Graylin gets justice?

Unbeknownst to Angela, her boyfriend Dre is wrestling with his own drama. Someone from his past wants him dead. For Dre, his response is simple—kill or be killed.

To invite Pamela to a book club meeting or speaking engagement, visit her website at www.pamelasamuelsyoung.com.