‘Getting the recognition it deserves’: Community prepares for Juneteenth celebrations in Sacramento KCRA 6.17.21 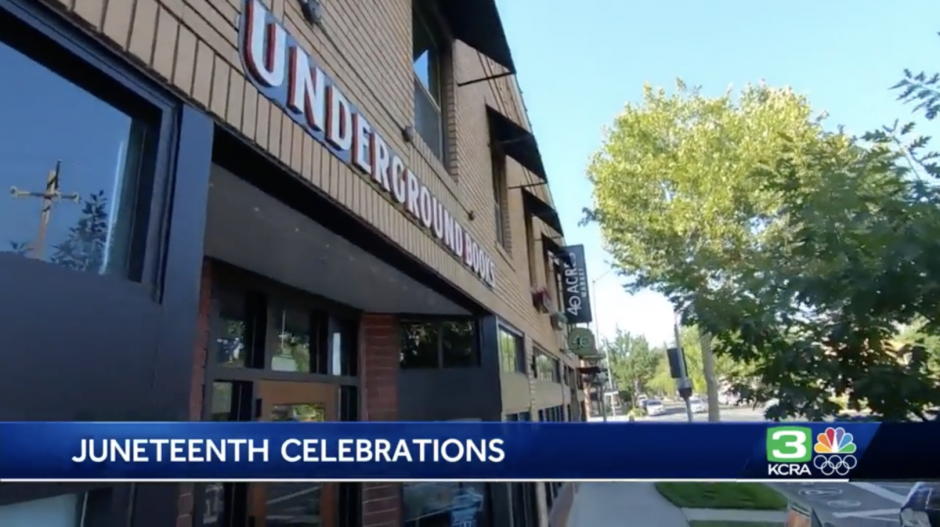 Juneteenth celebrations in Northern California are scheduled throughout the weekend.

“The confederates were not telling the slaves and those that were enslaved that they were free,” said Azizza Davis Goines. “Texas was the last one to get the word. The union army came in and said, ‘Guys, you’ve been free for two years.’”

Her annual Juneteenth event Thursday night has been held for years, and recognizes small business owners giving back to the community.

While many federal workers will observe the now official holiday on Friday, Juneteenth — short for June 19th — lands on Saturday, and that’s when most events will be celebrated. Two of the largest events in the area will take place in Land Park and in Oak Park.

In Oak Park, a block party will shut down the streets off of 35th Street and Broadway, where businesses are delighted about the expected foot traffic.

“It’s now gaining a lot of exposure and now getting a lot of light because now they’ll start recognizing it as a national holiday, which is something that’s been overlooked for many years, and I’m just glad it’s now getting the recognition it deserves,” said Dwayne Speed, who is a barber at World Class Faders on that block.

The event will get underway from 10 a.m. to 5 p.m. An entire alleyway will be transformed into an art lovers paradise with dozens of artists displaying their work, as well as several creative art installations.

“There’s going to be all street vendors here lining the street, at the end of the block here, we’ll have a big stage,” said organizer Adrianne Hall of St. HOPE, as she pointed at the spots.

The stage will feature live music throughout the day. It’ll be just feet away from where the wine and beer garden will be set up. Couches and lounge chairs will be spread out throughout the space to sit back and enjoy the entertainment.

There are a number of Juneteenth events planned across our area from the Juneteenth Festival in Sacramento to events in Stockton and Modesto.