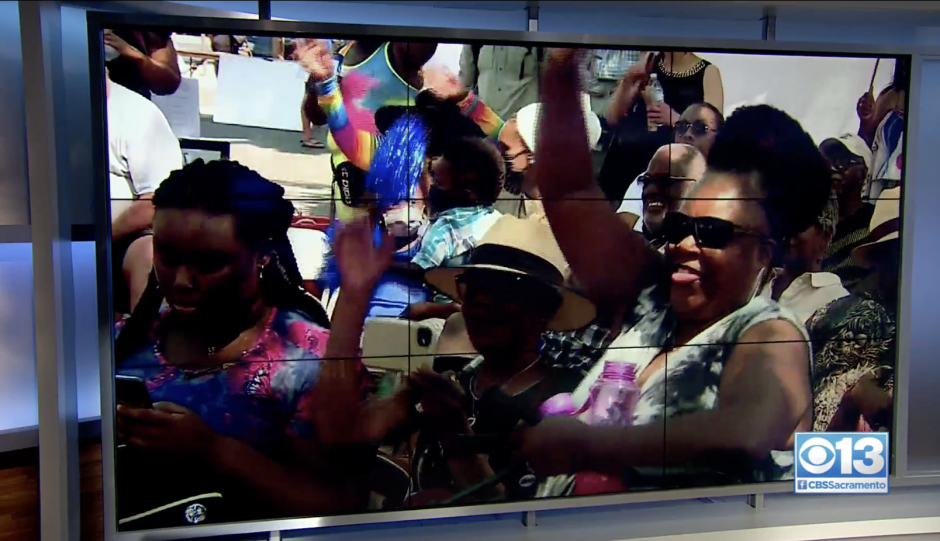 There were calls for not only action, but reflection, bringing both joy and determination in the fight for progress.

READ MORE:Fourth Stimulus Check: Will You Get Another Relief Payment?

Events varied from soul music and dancing in Oak Park to art and vendors all highlighting black beauty and business at one of the longest-running Juneteenth festivals in Sacramento on June 19, 2021, which was taking on new meaning.

“I’m so glad it finally happened, long overdue, it’s a holiday we have been celebrating for a long time and now it’s official,” said a woman named Joyce.

The date, for the first time, was being celebrated as a national holiday this weekend. It was a reminder of when enslaved people in Galveston, Texas were told they were finally free in 1865. Those who have been celebrating this day for years want more action to follow.

“It’s not enough, this is just like a pinhead of what needs to be happening as we go forward,” Joyce said.

“This is not just for African Americans, this is a holiday that everybody should know about,” Brian White said. “In the past, they didn’t really teach this in schools.”

For 18 years, Gary Simon has hosted Sacramento’s Juneteenth festival, and now he hopes next year’s celebration comes with even more progress.

It’s a celebration of freedom and a continued push for action that extends long after the day ends.

“Hopefully we can open up our hearts and just listen to one another and make things a lot better,” Simon said.

The holiday comes as mayors across the country push for reparations for Black communities. Sacramento Mayor Darrell Steinberg is one of a dozen mayors forming a coalition committed to dismantling institutional racism.

Mayors Organized for Reparations and Equity – or MORE – is pushing for racial and economic justice.

“It’s not just about celebrating a new national holiday. It’s about action, action backed by dollars. We are moving in that direction in Sacramento but we’re far from done, we’ve got a long way to go,” Mayor Steinberg said.

The group’s goals include mapping out strategies on seeking public and private funding for pilot programs and closing the black-white wealth gap. A Brown University study shows black families earning $75,000 or more a year live in poorer neighborhoods than white Americans making less than $40,000.