Even Dragons Have Grandmas 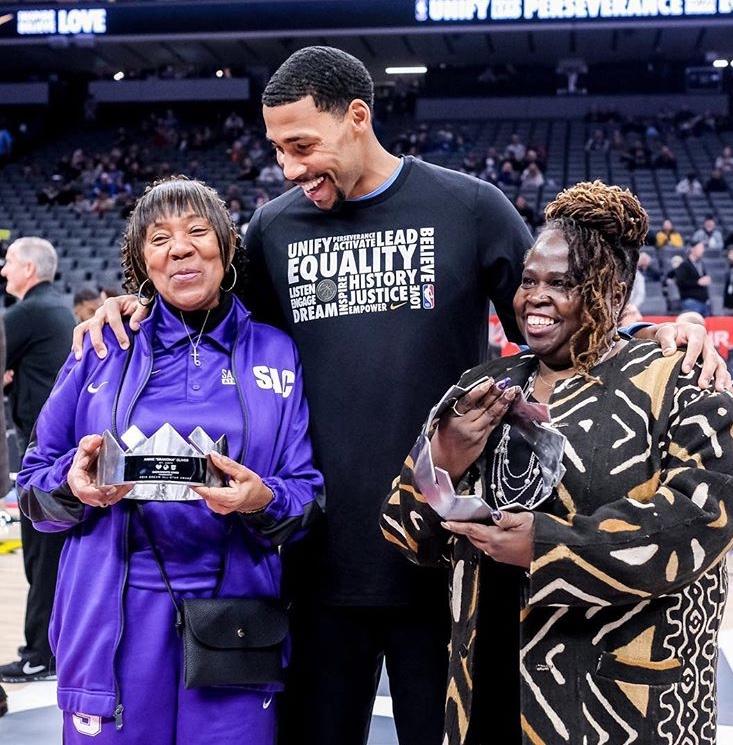 When one thinks of Sac High athletics, one’s mind likely first flashes to images of players streaking to victory down the football field or basketball court, to the banners that line the walls of the gym, and to the pictures of the students who pursued college and professional careers following their time at Sac High.

Behind that success is a team of people who work tirelessly to make sure coaches can coach and players can play. From ensuring success in the classroom, to completed college applications, to running the ticket booth and snack bar, and to ensuring teams have enough food and water to get through the grind of the season, there is a caring staff member or volunteer pushing our Dragons to be the best scholar athlete they can be.

For almost the past decade, the captain and anchor of this team of educators, coaches, tutors and volunteers has been Annie Oliver, always referred to as “Grandma” by the students she treats as part of her own family. Ms. Oliver’s own grandkids are Dragons or alumni and she has been at every women’s basketball and track practice, meet and game since her oldest granddaughter, now at Sac State, set foot on Sac High’s campus as a freshman.

While the coaches and volunteers often, and rightly so, take a back seat to the superstars on the court who win games and earn scholarships, it is also critical to recognize the folks behind the scenes. On February 26th such an opportunity was presented to Grandma Oliver as she was recognized with the “Sacramento Kings Dream All Star Award” at center court of Golden One Center before the Kings played the Minnesota Timberwolves.

Sacramento Kings’ small forward Garrett Temple, who has adopted Sac High, presented the award and Ms. Oliver’s closest family and friends were able to join her at the game to celebrate her recognition and her accomplishments. We cannot give enough thanks to her and the countless others who make our program work and allow the Sac High Dragons to excel as students and athletes. Congrats Grandma!