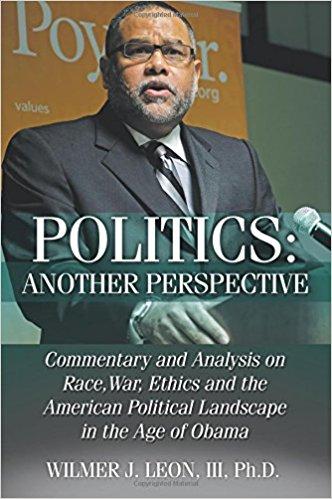 Based upon Senator Obama’s campaign promises many people looked forward to a more transparent and inclusive government. Others saw this election as a signal of a new post-racial America, but America has always been a country in conflict. As many basked in the comfort of Obama’s historic election, others feared its backlash. History tells us that white supremacy dies hard in America and its proponents would not take America’s victory lying down.

The bigoted rants of the Tea Party and the ultra-right wing’s obstructionist agenda have resulted in a political stalemate unlike any other in recent American history. These reactionary politics coupled with the Democratic Party and Obama Administration’s inability to articulate an effective counter-narrative and employ effective countermeasures has left America in a political abyss.

Politics Another Perspective: Analysis of Race, War, Ethics and the American Political Landscape in the Age of Obama is a collection of Op Ed’s written by Wilmer J. Leon, III, Ph.D. As a collection, these writings provide cutting edge analysis of the various issues that influenced the American geopolitical landscape since 2006 and insight into the direction that the country is headed.

-Wilmer Leon is one of the few Black prophetic voices in the age of Obama. This book confirms this status – courageous, visionary and consistent!-

Dr. Wilmer Leon has assembled a collection that asks the right questions about race and democracy. In an era when too many are silenced for fear of rocking the boat of the status quo, Wilmer Leon has signaled his willingness to go out on a limb and speak truth to power. Bravo!

–Dr. Julianne Malveaux, Economist and Author Are We Better Off: Race, Obama and Public Policy.