NFL Watch Party On the big screen at the Guild Theater 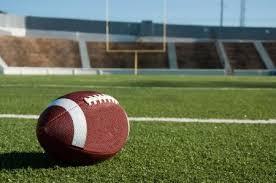 Come watch NFL Football with us at The Guild Theater on our BIG HD screen!