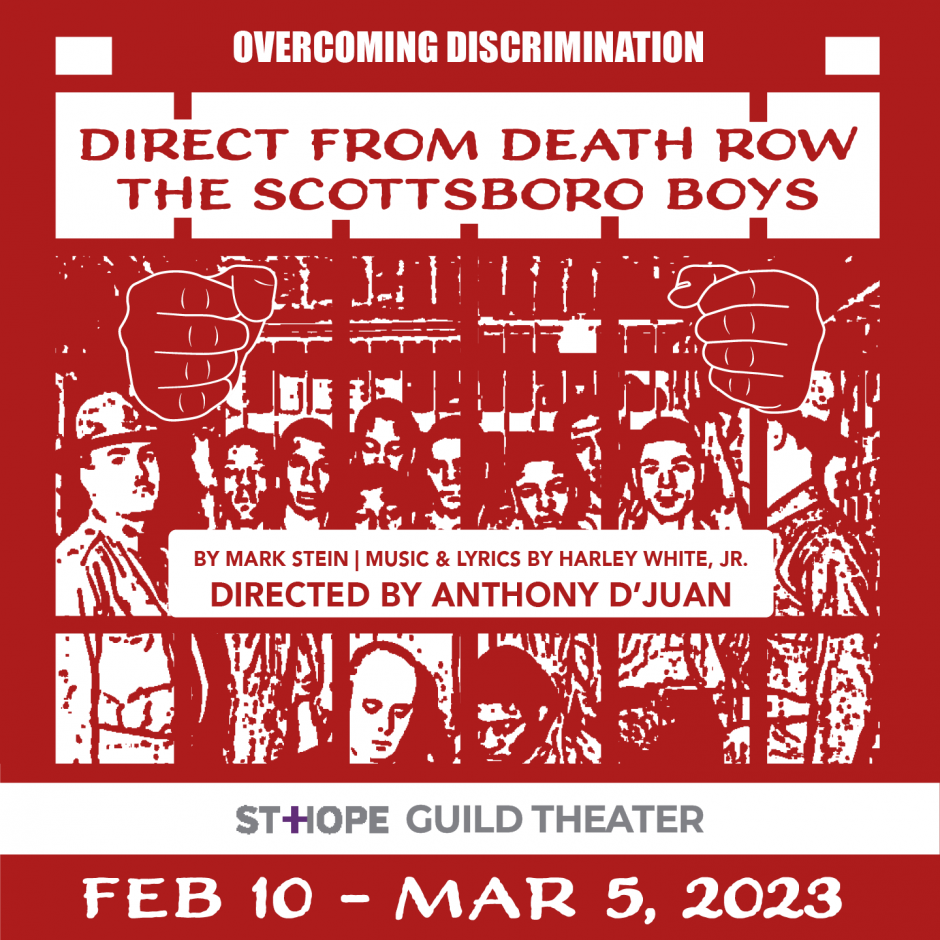 Kicking off Black History Month, Direct From Death Row: The Scottsboro Boys is the

premiere production for Celebrations Arts 2023 Season, and shares the

Presented in collaboration with Celebration Arts and St. HOPE, the Scottsboro Boys will come

rape, despite prima facie evidence of their innocence.

The historic event was, in many ways, something of a vaudeville. But also, as revealed

early on, the first four of the nine to get released (after seven years) appeared within a

matter of weeks in a New York vaudeville show.

by the two women who falsely accused these young Black men; and the Communist

Party’s exploitation of racism in its efforts to recruit African Americans.