Comedy Night at The Guild Theater 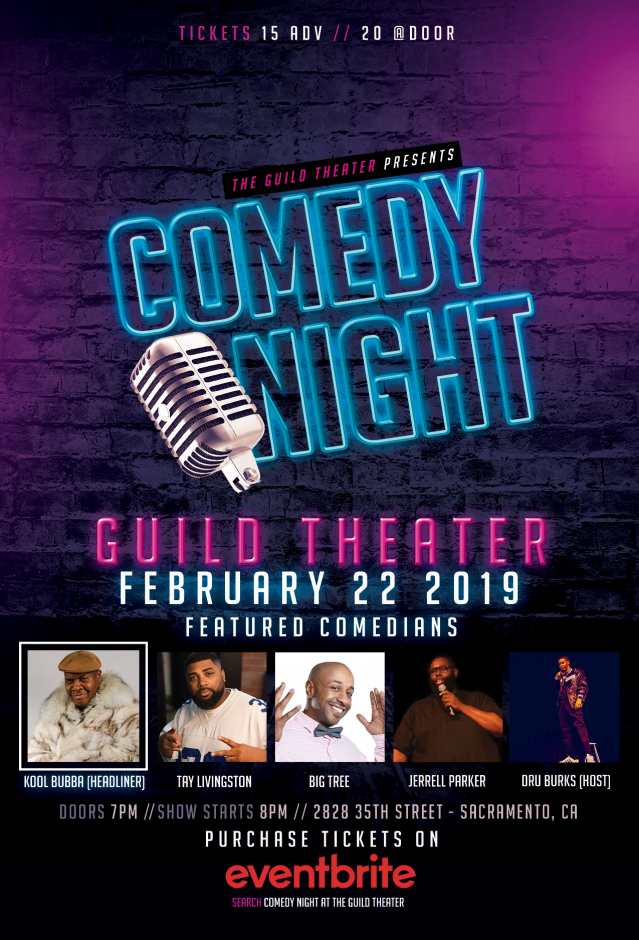 Kool Bubba (Headliner): Kool Bubba Ice is one of the funniest comedians and impressionist in the country. He has appeared on many television shows including “The Apollo Comedy Hour” in which he was a cast member, Hardcore TV on HBO, The Richard Bey Show, Russell Simmons Def Jam, and BET Comic View. He has also appeared in the films “rising to the Top” and “Comedy in the Hood”.

Dru Burks (Host): A comedian born and raised in Sacramento, CA. He has been in the comedy game since 2013, and worked with the likes of Paul Moony, Pierre, Scruncho, and many more!