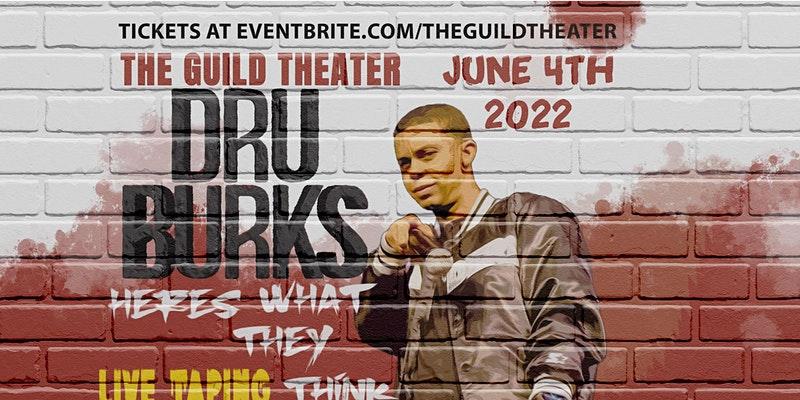 This Comedy Show is going to be A Special One with headliner DRU BURKS!

The Moment you All have been Waiting For. Comedian Dru Burks will be your headliner with his Comedy Special Titled “Here’s What They Think About You”

Headliner Comedian Dru Burks : A comedian born and raised in Sacramento, CA. He has been in the Comedy game since 2005, and worked with the likes of Paul Mooney, Pierre, Scruncho, Mark Curry and many more! He now host His Own comedy shows at the Guild Theater called Comedy Night at the Guild Theater