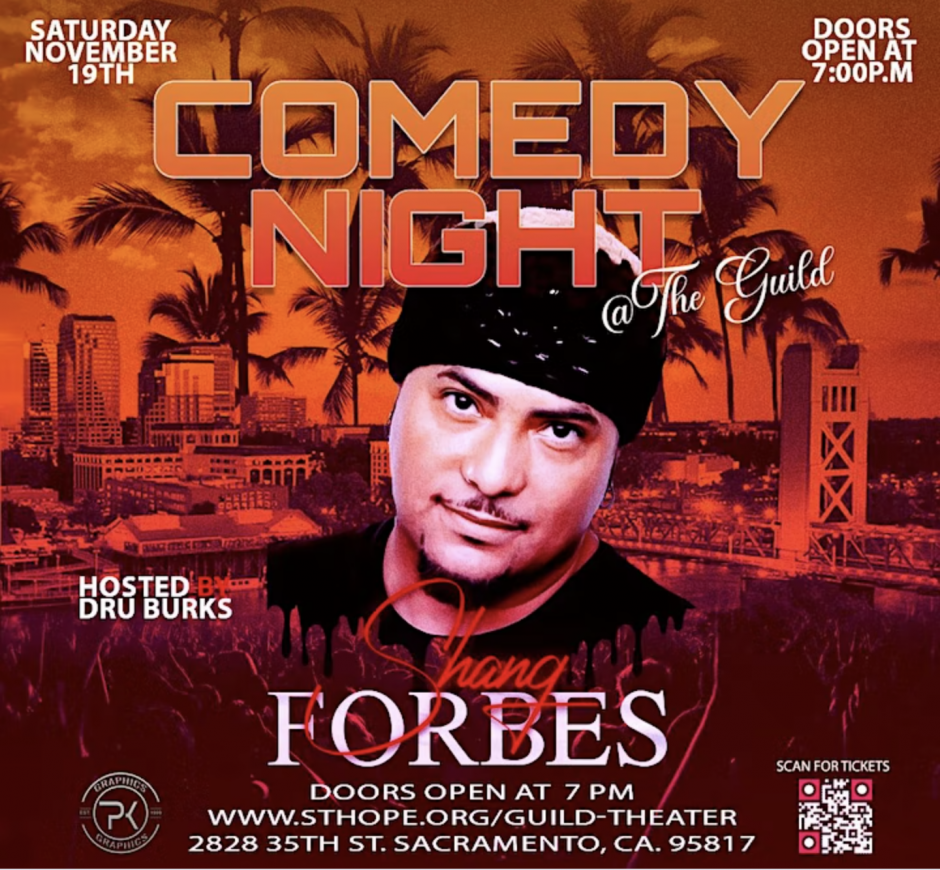 (Headliner) Shang Forbes: was a writer/performer on the now defunct syndicated TV show, “The Newz”. He also did the audience warm-up for the show which was filmed at Universal Studios in Orlando, FL from 5/94 through 11/94. Shang was raised in Brooklyn, NY before moving to California.Also has been seen on CBS’S THE LATE LATE SHOW, 2 BET’S COMIC VIEW SPECIALS, STARZ 1ST

vent you grant the event organizers full rights to use the images resulting from the photography/video filming, and any reproductions or adaptions of the images for social media, press releases, and fundraising opportunities.