Comedy Night at the Guild Hosted by Comedian Dru Burks 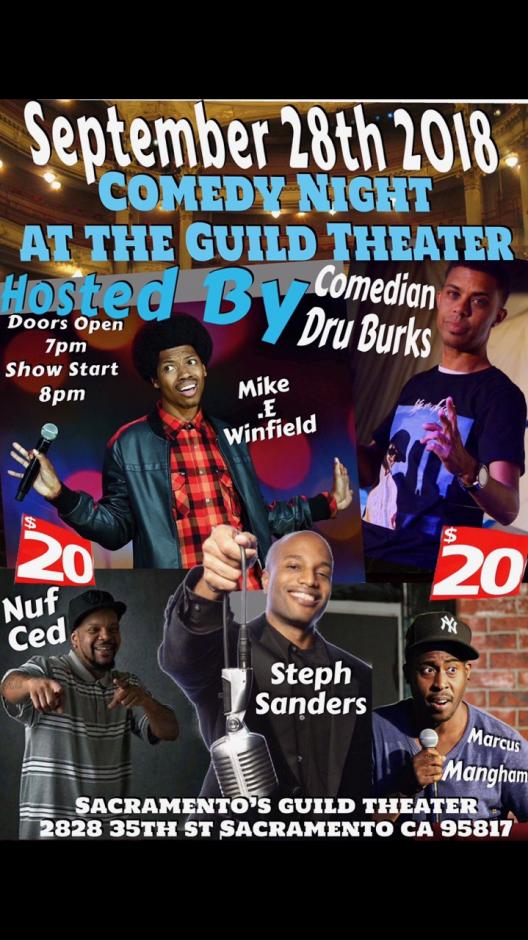 Click here for more information and to purchase tickets.

Marcus Mangham: An up and coming comedian originally from North Carolina but now lives in Sacramento, CA, During his rise to the top, he has opened for stars such as Marsha Warfield, Tony Roberts, and Don D.C. Curry. Marcus has hosted at Cobb’s Comedy Club in San Francisco, CA. He is quickly on the path to stardom.

Nuf Ced: A RAW in your face stand up comedian. His style of comedy will entertain any and all no matter

Dru Burks: A comedian born and raised in Sacramento, CA. He has been in the comedy game since 2003, and worked with the likes of Paul Moony, Pierre, Scruncho, and many more!