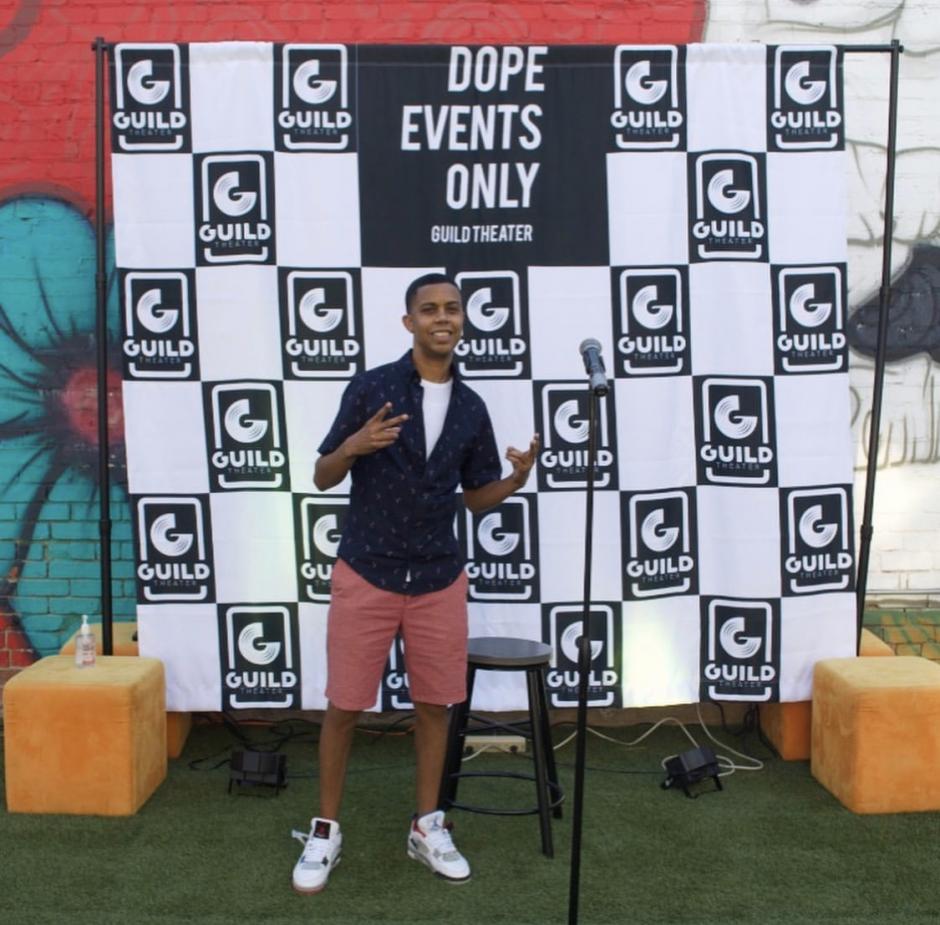 Comedy Night At Esther’s Park is a 21 and over event . Where we  bring you Some of the Hottest Comedians in the Game!

Feature Comedian : Jay Rich of Oakland Ca. has been tearing up comedy stages all over the USA since 2010. His professional personality, wild and fun stage presence makes new fans for him wherever he goes from Tommy T’s (Rancho Cordova & Pleasanton CA)

Feature Comedian : Rico Tha Great of Berkeley Ca. has been tearing up comedy stages all over the USA since 2013. His professional personality, wild and fun stage presence makes new fans for him wherever he goes from Tommy T’s (Rancho Cordova & Pleasanton CA)

Feature Comedian : Mo Jones Out of Oakland Ca has been tearing up comedy stages all over the USA 15 Years. He’s been on BET Comic View, Music Festivals Comedy Cruises, also was on the Mc Hammer Tours in the Late 80s and 90s

Headliner Comedian : Hannibal Thompson : has been pursuing his dream of becoming a comedian/Actor since he was a young boy. The Veteran Stand Up Comedian and Instagram Sensation Has been performing and studying acting, drama, sketch, and stand-up comedy since he was eight years old. The California native has graced the stage at clubs all over the world including 5 USO tours in 2015, 2016, 2017, 2018 and 2019 in countries like Korea, Japan, Kuwait, Guam and Abu Dhabi. 6 tours of western Canada. Comedy clubs including L.A.’s historic Comedy Store, San Francisco’s Purple Onion, Caroline’s on Broadway in New York City and more.

For your safety and ours Esther’s Park follows all requirements established by the Department of Public Health. These include:

Wearing a Face Covering Mask is Required in Sac County by the Ca. Department of Public Health

Guild staff will have temperatures checked before starting work

Our team will wear masks while engaging the public

Capacity and distancing are enforced, and standing in the bar is prohibited

Hand sanitizer is available and encouraged for your use

The Esther’s Park is thoroughly cleaned between shows

Furthermore, you hereby acknowledge and are fully aware that there are a number of potential risks associated with your entry into the venue during and/or after the COVID-19 pandemic. This waiver, release, and other representations and covenants set forth herein are in consideration of your entry and participation/attendance of any live event performance.

Therefore, without limitation, you hereby acknowledge and understand, even with certain safety measures that are implemented within the venue (i.e. social distancing, facial covering, etc.) that you could contract COVID-19 disease which could result in a serious medical condition requiring medical treatment in a hospital or could possibly lead to death.

Accordingly, you, knowingly and freely, assume all such COVID-19 related risks, both known and unknown, relating to your entry into the venue and your participation/attendance in this live event. And, to the fullest extent permitted by applicable law, you and your heirs, successors and assigns, hereby forever release, waive, relinquish, and discharge Owner, along with its parent(s), subsidiaries, affiliates, licensees, successors and/or assigns, including without limitation, their respective officers, agents, employees, or other representatives (collectively, the “Owner Representatives”), from any and all COVID-19 related claims, demands, liabilities, rights, damages, expenses, and causes of action of whatever kind or nature, and other losses of any kind, whether known or unknown, foreseen or unforeseen, (collectively, “Damages”) as a result of your entry to this venue and participation of this live event, including but not limited to personal injuries, death, disease or property losses, or any other loss, and including but not limited to claims based on the alleged negligence of any Owner Representative(s) or any other person related to COVID-19 sanitization. You further promise not to sue the Owner or any of Owner Representatives and agree to indemnify and hold them harmless from any and all Damages resulting from your contraction of COVID-19.

If any portion of these terms & conditions are found to be unenforceable, the remaining portion will remain in full force and effect. If we fail to enforce any of these Terms, it will not be considered a waiver of any of our rights.