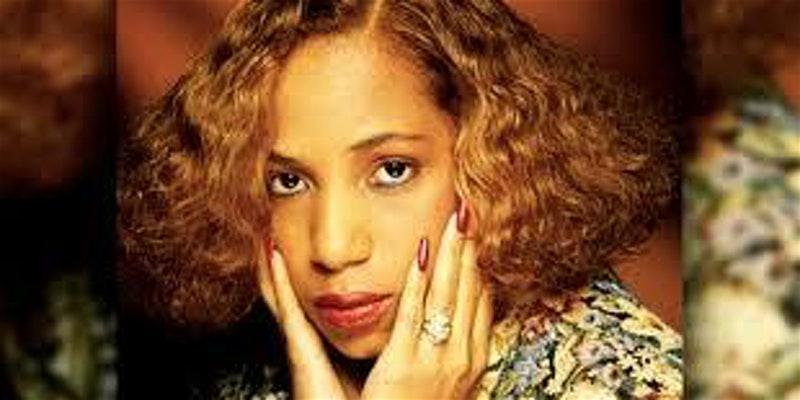 Cherrelle is coming to Sacramento!

Come join us at The Guild Theater to watch Cherrelle, an American R&B singer who gained fame in the mid-1980s.

Cherrelle began her career working with jazz/R&B artists Norman Connors and Michael Henderson, as well as touring with Luther Vandross. After Tabu Records founder Clarence Avant heard her demo, he signed her to Tabu Records in 1983. Cherrelle decided on her stage name after a boss from a previous job hollered “Cher-relle, you’re late again!”

In 1984, under the production of Jimmy Jam and Terry Lewis, Cherrelle released her debut album, Fragile. It featured her first R&B top ten single, “I Didn’t Mean to Turn You On”. That song (with a music video homage to the film King Kong, featuring Cherrelle as the beast’s love interest) was covered about a year later by pop singer Robert Palmer on his 1985 album Riptide. It was also covered by Mariah Carey for her 2001 soundtrack album Glitter using the same instrumental track.

Cherrelle’s follow-up album, High Priority, was certified gold and produced the Top 40 hit and the #2 R&B hit “Saturday Love”; a duet with Alexander O’Neal, it would also land in the Top 10 of the UK Singles Chart, peaking at number 6. Cherrelle and O’Neal would have another Top 40 single with “Never Knew Love Like This”, which peaked at #28 US pop in 1988, and #2 R&B. A remixed version of “Saturday Love” on Tabu Records reached #55 in the UK Singles Chart in early 1990. Her third album, 1988’s Affair, included the Number 1 R&B single, “Everything I Miss at Home”. The album’s title track became another R&B hit, peaking at number 4 on the R&B charts.

Family members of this legendary pop star include several known names in the music world. Cherrelle’s cousin is pop singer Perri “Pebbles” Reid; and she is the aunt of Brandi of the girl group Blaque. Cherrelle is also a 1st cousin of Musica Monica Feaster, Music Producer/Gospel Artist. In addition to Cherrelle’s musical background, she and Johnny Gill were featured on Pebbles’ 1991 single “Always”, which made the R&B Top 20. That same year, Cherrelle released the album The Woman I Am, a first-time departure from using Jam and Lewis productions. The singer linked with producer Narada Michael Walden (known for working with Whitney Houston). Cherrelle reunited with the producers eight years later with her independent album The Right Time, released in 1999, and featuring a guest appearance from rapper Keith Murray.