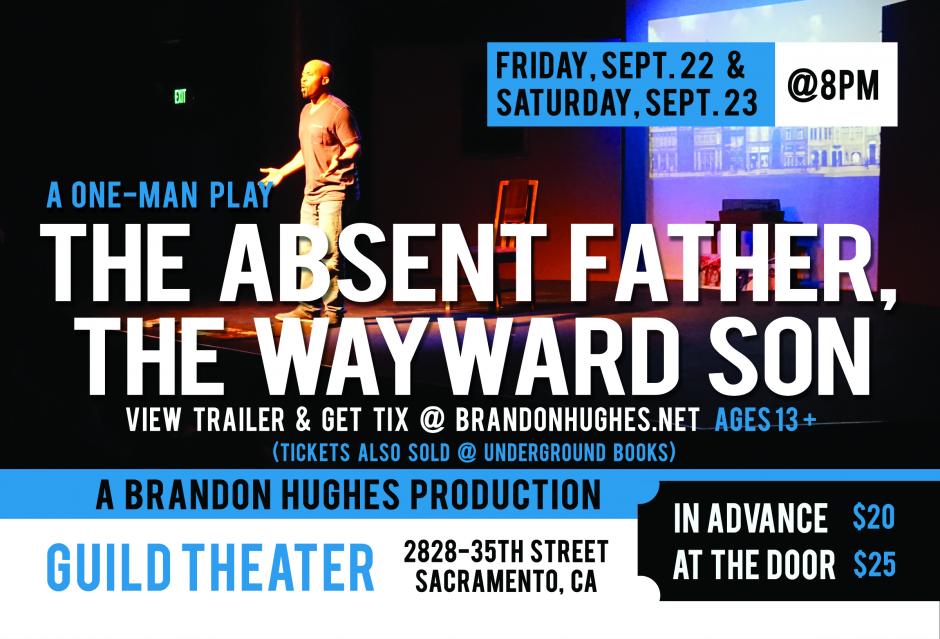 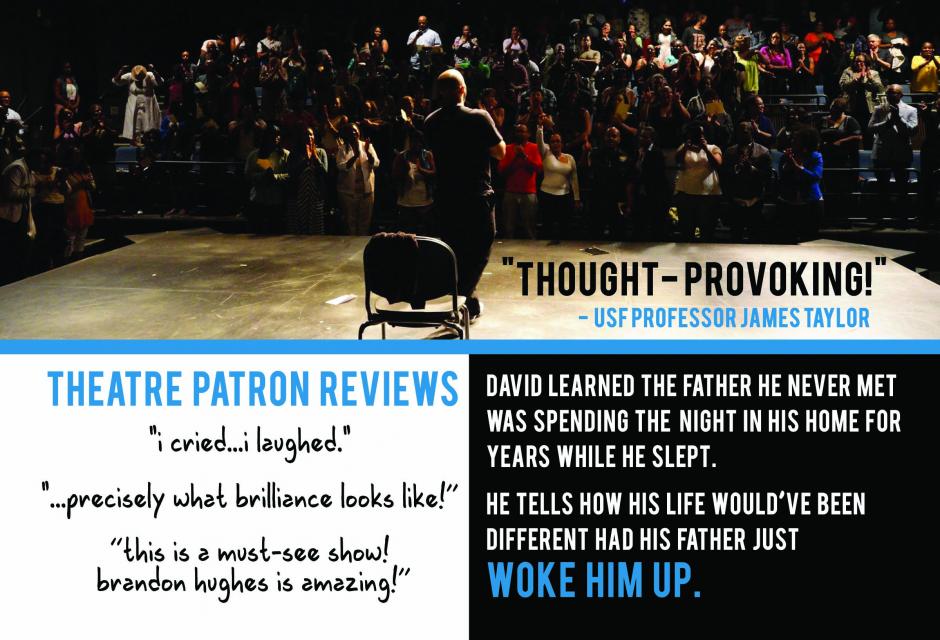 View trailer and get tickets @ brandonhughes.net

Synopsis: A POWERFUL, FUNNY, MUST-SEE SHOW! David “DayDay” Williams has never seen his father in person, but discovers photos of his father under his mother’s bed affirming their resemblance. This leads David questioning his worth, resulting in an angry, confused, and wayward life. At seventeen, his mother reveals a secret, driving David to express his feelings about the father he’s never met, and how different his life would’ve been if he had. Laced with multiple characters (played by Hughes),”The Absent Father, the Wayward Son” is a story about love, repentance, redemption, and forgiveness. (Ages 13+)