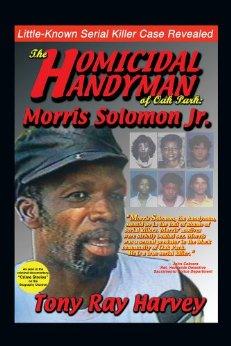 “AS FAR AS FITTING THE STEREOTYPES bestowed to infamous chain-link murderers that exist outside African American culture, there was a time when black serial killers were recognized, to some extent, implausible by purported experts who probably cared not to explore the primary nature of the slayers’ transgressions.

Nevertheless, the obscured story of handyman Morris Solomon Jr. has to be one of the most interesting tales untold as it is one of the most horrific yarns in the annals of American crime. The handyman’s misdeeds, when briefly brought to the public’s attention, virtually reminded society that killers continuously come in all colors, shapes, and sizes.

Solomon was convicted of killing six young women, ages 16 to 29, in the Sacramento, California, neighborhood of Oak Park between 1986 and 1987. The handyman’s grisly method of murder left detectives and medical examiners mystified. The identification process of his victims’ remains was distinctly a laborious assignment, too.

The victims —drug addicts, prostitutes, and devout mothers — were stuffed in closets, hidden under debris, and arguably, one court judge strongly considers, buried alive. In retrospect, the handyman was first accused of murder in the mid-1970s; and authorities suspect him to be linked to four more homicides in Sacramento.

Harvey’s book also provides explicit crime scene photos, the history of the death penalty system in the state of California, the city of Sacramento’s drug culture in the mid-1980s, and exclusive prison interviews of the mild-mannered handyman.”