Which high school grads go to college? These Sacramento schools send the most students SAC BEE ARTICLE BY PHILLIP REESE SEPTEMBER 11, 2019 05:20 AM

About two thirds of students who finish high school in the Sacramento region attend a two- or four-year college within a year of graduation, but college-going rates vary dramatically by school, according to California Department of Education data.

Not surprisingly, schools located in wealthier areas are much more likely to send a higher proportion of graduates to college. The high schools with the highest college-going rates were in Granite Bay, Rocklin and Folsom. College-attendance rates at private institutions such as Jesuit High School in Arden-Arcade are not included in the data.

But some schools in economically disadvantaged areas punch above their weight, particularly Sacramento Charter High and West Campus, both located in South Sacramento. 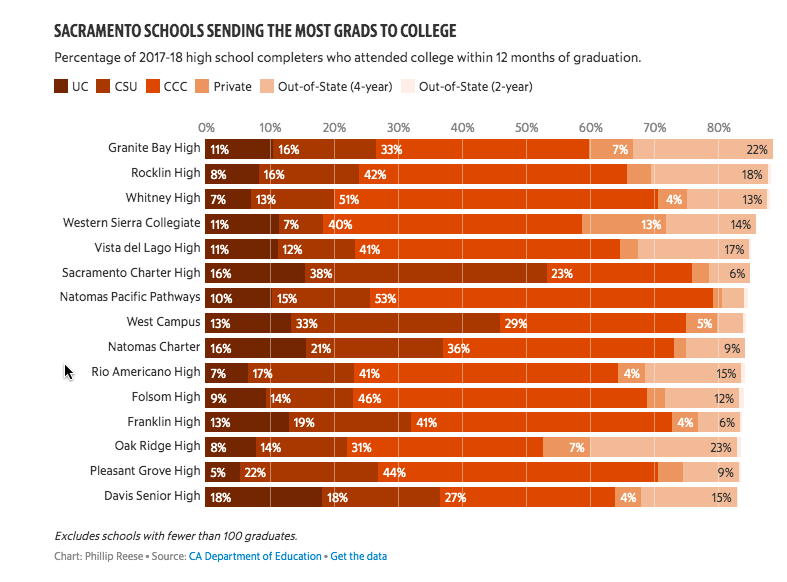 Other highlights from the state data:

The California Department of Education data is drawn from two sources. First, high schools must tell the state which students graduate. Second, the National Student Clearinghouse collects enrollment data from public and private colleges throughout the nation. CDE uses student-level data to match those two datasets and come up with a college-going rate.