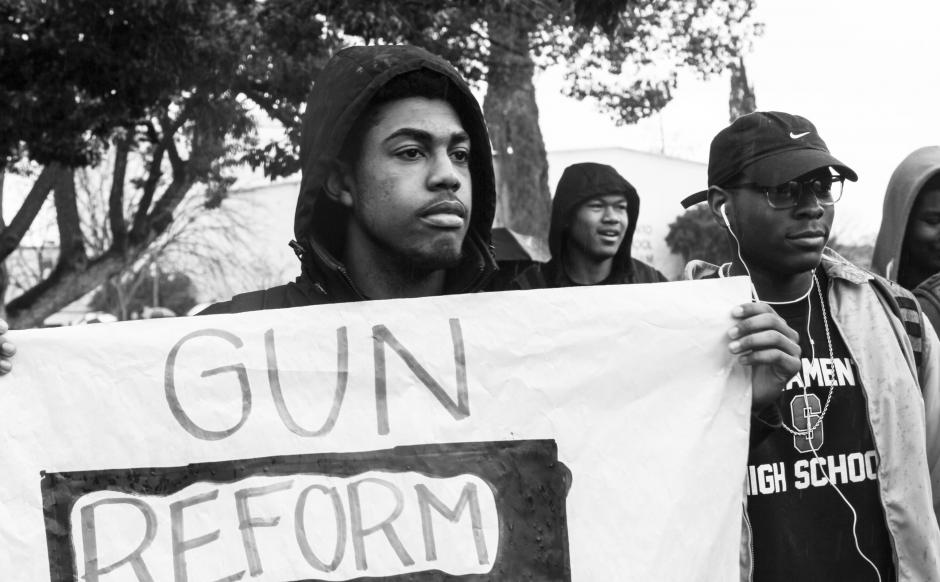 Last month Sac High participated in the “National School Walkout” during which students across the country walked out of school to honor the 17 victims shot and killed at Stoneman Douglas High School in February. The walkout was initiated as a call to the U.S. government to pass stricter gun control laws. Here’s what one student had to say about it:

“On March 14, 2018, I, Rayonna Thompson, didn’t expect anything out of that day but to walk out in respect of the students who were shot and killed at Douglas High School. When I walked out of class at 10:00 a.m., following hundreds of other students participating, I held my sign and began to leave school. There was a procedure to how students were supposed to walk out and a few of my peers and I led the crowd. Then we began to chant. As we chanted, “No justice, no peace. What do we want? Gun control!,” I literally felt my spirit take over and wanted to cry because I felt so empowered. I was heard and I wanted to let people know that change will come. My friend and I noticed that not everyone in the middle or back of the line heard us, so we moved to the back and chanted. By the time we made our way back around the school, we gathered in a circle and opened the floor to anyone who wanted to express how they felt about gun laws. A few students stepped up and we had a moment of peace. We discussed the issues in our community and promised to show respect for ourselves and for each other to avoid situations like this from happening. I’m grateful and proud to be a leader and hope it pays off to see the change in my school, and then eventually in my community.”