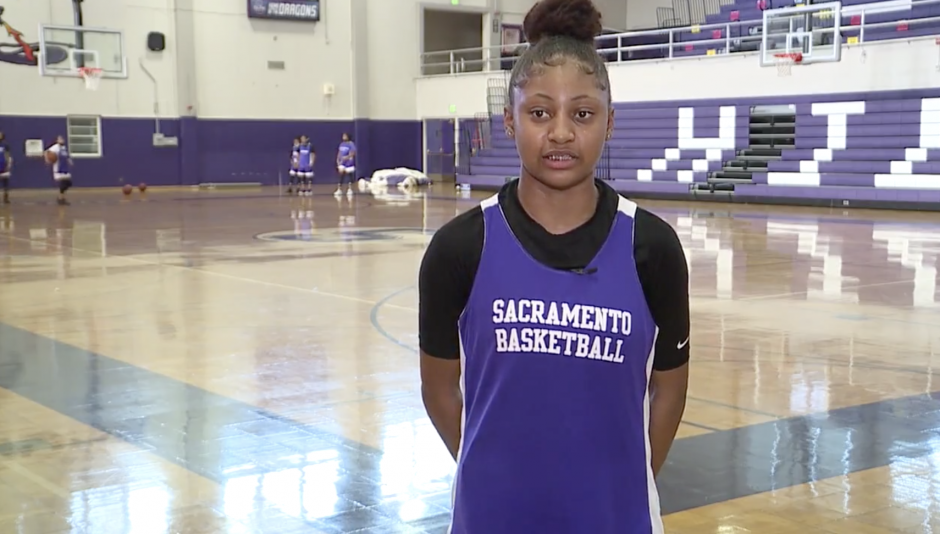 SACRAMENTO, Calif. (KTXL) — COVID-19 threatened to derail college dreams for student athletes across the country, but one Sacramento High School senior was such a standout that she earned a full-ride college scholarship — without recruiters having met her in person.

“That was really difficult because not a lot of coaches were able to see me last year,” Heaven Samayoa-Mathis recounted.

Samayoa-Mathis, along with her family and coach, knew that meant they’d have to work that much harder to get her noticed.

Michelle Massari, who’s coached Samayoa-Mathis since childhood, made it her mission to ensure the young women’s years of dedication to her sport and schoolwork wouldn’t be in vain.

“We sent out a lot of film, good fit for her in Hawaii,” Massari told FOX40.

But, she added, Samayoa-Mathis was not hard to sell to recruiters.

This will be the fourth child Nivea Samayoa-Johnson sends off to college, but the bittersweet feeling still lingers.

“The sacrifices that you think you make as a parent now, I don’t even see them as a sacrifice because now she’s going to Hawaii,” Samayoa-Johnson told FOX40. “To watch her … she’s amazing on the court.”

As Samayoa-Mathis prepares to head off to The University of Hawaii at Hilo — a campus she’s never been to in a state she’s never visited — there’s one feeling that comes to mind over excitement and nerves.

“I know with like COVID and all that I had my doubts about whether I’d be given the opportunity play at the next level, so really, I’m just really grateful,” she said.

She graduates from Sacramento High School on Saturday.