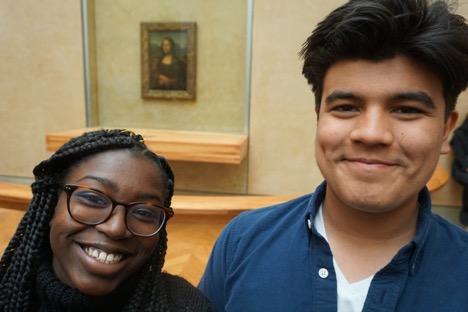 Before winning the Transforming Youth through Travel scholarship by Context Travel, the only country outside of America I had visited was my parents’ homeland, Mexico. Paris is not what the movies or people make it seem to be, and it is certainly very different from both America and Mexico. My recent trip to Paris was amazing and life changing because I learned so much about the city’s history. The walk that opened my eyes was the Gothic Paris tour led by Context Travel’s Pablo Vazquez Gestal, where we explored Gothic architecture through Notre Dame Cathedral, Sainte-Chapelle, and the Conciergerie – all sites located within the heart of the island in the Seine River that make up the oldest part of Paris. After this tour, I could better relate to that text in the Bible in Job 42:5 “I have heard of thee by the hearing of the ear: but now mine eye seeth thee.” I can relate to this because I have heard of Paris, and I have seen it in a lot of movies, but nothing is the same when visiting it in person.

Visiting Notre Dame was amazing! Notre Dame was constructed for over 200 years in the medieval time when churches had a lot of power. During the medieval period churches represented power, and the bigger the church the more power it had in the society. What better way is there to demonstrate power than with 96 meters in height and gigantic flying buttresses that are responsible for impeding buildings this big from falling. These characteristics make up what we know as Gothic architecture with other details such as pointed arches, ribbed vaulting, and surprising gargoyles as well.

Because I am not Catholic, I felt uncomfortable at first and didn’t think I would be able to relate to this massive space, but going inside was almost like being inside the Bible because it has sculptures, paintings, and stained glass depicting familiar stories. If you pay close attention, you can understand the life of Jesus because all those paintings and sculptures are stories that are a part of the Bible. This was what the church intended since most of the followers in the Gothic days could not understand the Latin mass – the artworks were the Instagram of the Gothic world by using images instead of words. I was able to quickly identify stories such as the Last Supper, the last prayer in the mountain when his disciples fell asleep, and when Jesus appeared to Thomas so he could touch his cuts. Instead of feeling weird, the church gave me an itch to learn more about it. I realized that my Christian beliefs have similarities to Catholics such as: Jesus being the son of God, the life of Jesus, his twelve disciples, and that his mom was a virgin when she gave birth to Jesus. Throughout my whole life I have separated myself from others who are strong believers of other religions, but Notre Dame helped me realize that often we share both similarities and differences.

Although the size and Gothic structure of Notre Dame is a bit too much compared to the Christian churches that I am used to, which have always been simple places, I am grateful that it opened my eyes to the similarities that we share.  By doing so, I was able to learn and respect rather than judge and escape. 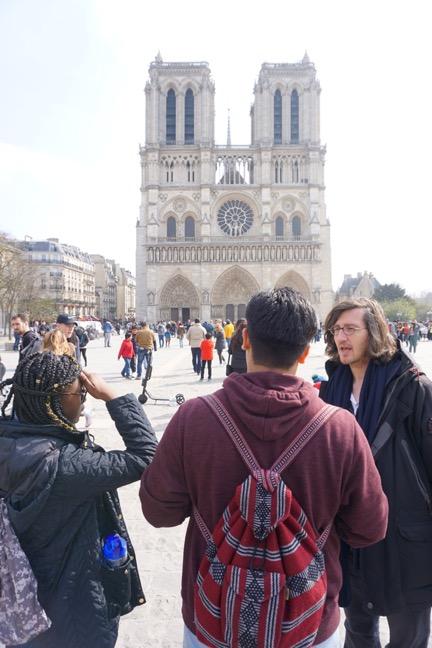 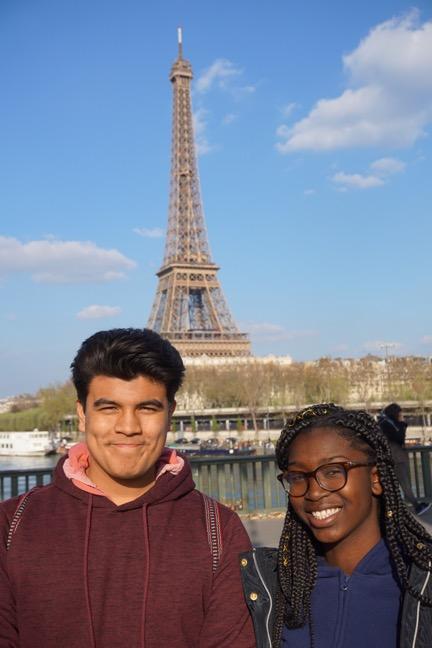