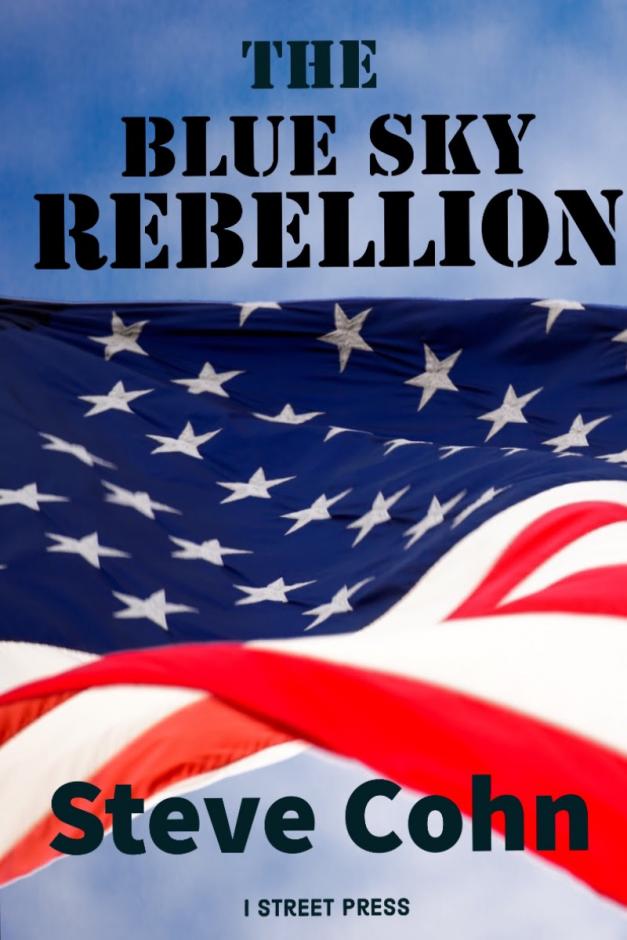 Join us at Underground Books for a special discussion and book signing with former City Councilmember Steve Cohn as he presents his latest book “Blue Sky Rebellion”.

From debut novelist Steve Cohn comes the compelling story of ordinary citizens who lead an extraordinary revolution to stop America’s slide into fascism and save the planet from the ravages of climate change.

Set in the near future, America is facing its worst existential crisis since the Civil War, a house divided into warring nations: blue and red states, urban and rural communities, nativists and immigrants, and science believers and deniers. Into this whirlwind, a billionaire oil tycoon hell-bent on expanding his power and family fortune at any cost conspires with foreign powers to hijack our democracy and transform the Republic into an autocracy. Starting in Northern California, a grassroots “Blue Sky” resistance movement spreads like wildfire to fight his unconstitutional assaults on freedom and reimagine the American dream under a new social compact harmonizing individual liberty and the public good. The nation finds inspiration in an unlikely young hero who journeys through the heart of America seeking his identity and discovering his destiny in time to help a reeling nation recommit to certain truths it once declared self-evident.