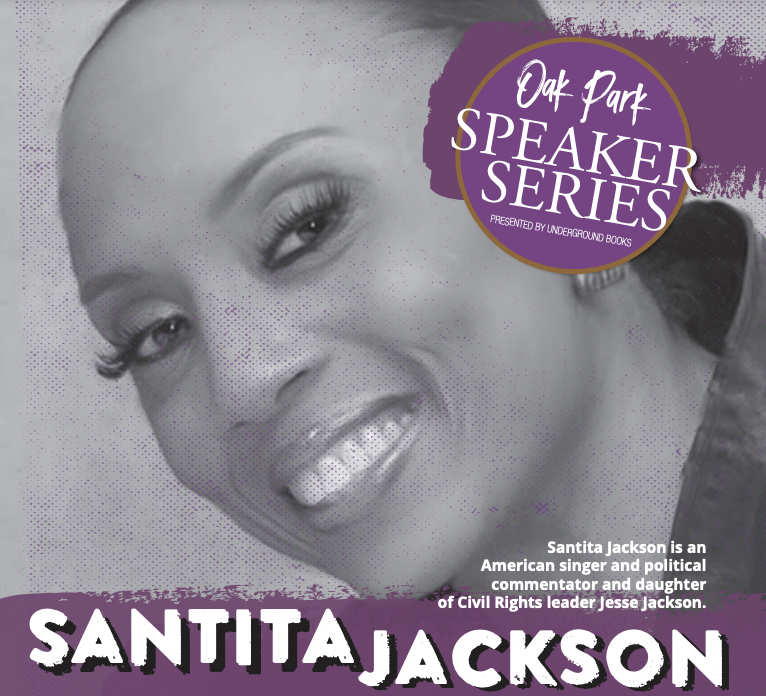 T﻿he Oak Park Speaker Series is a monthly fireside chat featuring black thought leaders and influencers from around the country.

The January 2023 Speaker Series will feature S﻿antita Jackson who is an American singer, political commentator and daughter of Civil Rights leader Jesse Jackson. Originally from Chicago, Jackson is a singer who has toured with Roberta Flack and performed the National Anthem at President Bill Clinton’s second inauguration. She has appeared on the Fox News Channel and is the host of a television show on The Word Network