Linda Williams “I Wish I Could” Discussion and Book Signing 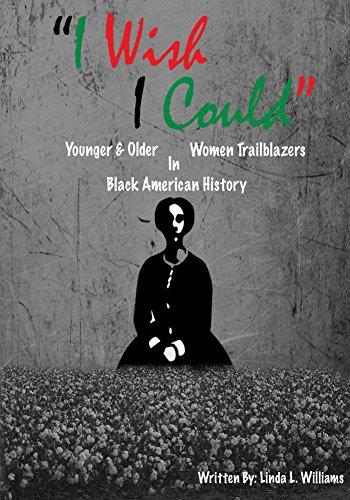 The story line is about Mrs. Pickie who became a Teacher after growing up and seeing her parents work like slaves on a plantation, and wanted a better life for herself and her sibling.

After being picked by her parents to get an Education and have the Massa of the plantation pay for her schooling. Mrs. Pickie realized as she met her home room teacher at 10 years old, Mrs. Duberry that she wanted to become a Teacher.

After college Mrs. Pickie set her sights on her dreams and opened up several Orphanages for At- Risk Black girls. Each orphan has to participate in the project during Fun Day Friday or during their research for “I Wish I Could” be like my favorite trailblazer.

This book will allow black girls specifically to read an inspirational story that empowers them, gives them confidence, and hope. Also to dream their personal dreams through their favorite trailblazer.