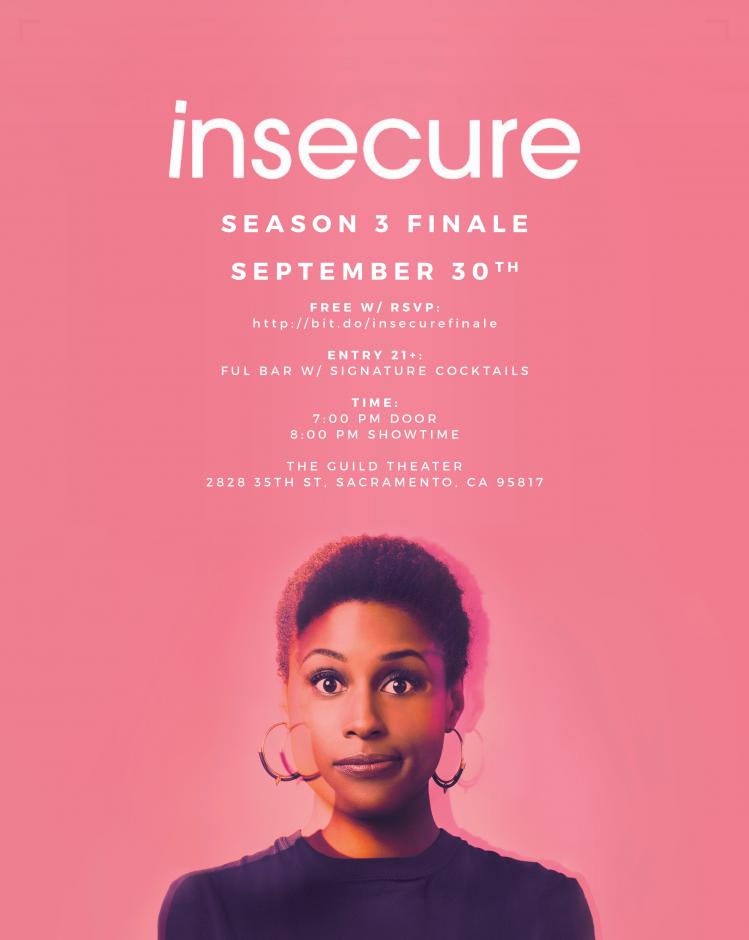 Come watch the season finale of Insecure at the historic Guild Theater! RSVP for FREE entry!

Creator Issa Rae (The Misadventures of Awkward Black Girl) stars as Issa Dee, who struggles to navigate the tricky professional and personal terrain of Los Angeles along with her best friend Molly (Yvonne Orji).

Nominated for 2 Emmys in 2018
OUTSTANDING LEAD ACTRESS IN A COMEDY SERIES: ISSA RAE
OUTSTANDING CINEMATOGRAPHY FOR A SINGLE-CAMERA SERIES (HALF-HOUR)

Click here for more information and to reserve your free tickets

INSECURE About:
Modern-day black women might be described as strong and confident; in other words, just the opposite of Issa and Molly. As the best friends deal with their own real-life flaws, their insecurities come to the fore as together they cope with an endless series of uncomfortable everyday experiences. Created by co-star Issa Rae and writer/comic Larry Wilmore (“The Daily Show With Jon Stewart”), the comedy series looks at the friendship of two black women in a unique, authentic way. It features the music of both indie and established artists of color, and touches on a variety of social and racial issues that relate to the contemporary black experience.
****
About the Guild Theater
Est. 1915