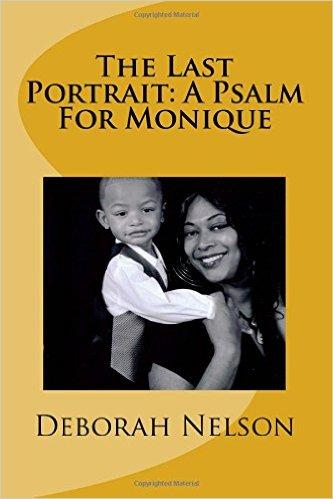 It was a week and a-half before Christmas. My daughter, Monique Nelson, had just finished having her annual holiday portrait taken with her two year old son, Jayden at a one-hour photo shop on Stockton Boulevard in Sacramento. After the photoshoot, they stopped in at Fly Cuts & Styles barbershop next door, where Jayden often got his hair cut, to get gum from the 25¢ gumball machine and to say hi to the barbers before heading home. Just as Monique was buckling little Jayden into his car seat, what police described as “a massive firefight” broke out between two rival gangs who happened to also be at the barbershop. Monique instinctively draped her body over her baby to protect him. One bullet smashed through the window of her Chevy Tahoe and into her body. Six other people were injured in that maelstrom. Jayden survived. But Monique did not. She died in her baby’s lap. Six people were subsequently arrested and charged in Monique’s murder. I had recently taken a health-related, early retirement from a successful career as an elementary school principal. My three children had grown to be wonderful, independent young people with gifts and talents of their own. But immediately after Monique’s violent death, I found myself spiraling into the Black Hole of grief—an unimaginable place that too many American mothers, fathers, brothers, sisters, grandparents and other family members, friends, and a lovers all too often find themselves. I thought I had a way out when I focused my energies on the task of raising the child of my child, which was Monique’s wish as expressed in her will. But that carpet of comfort was pulled out from under me when Jayden’s father appeared to reclaim the son he had not previously known—and won the custody court battle. The spiral into unabated heartache only deepened. And then my faith left me. What do you do when the faith that you were brought up in does not hold up against the grief that is thrust upon you? When you feel abandoned by the very deity you’ve spent a lifetime worshiping? And you can no longer see your way to forgiveness, reconciliation, or even living? The Last Portrait: A Psalm for Monique is my answer to that question. It is my memoir, a story of life and love, love lost, and a mother’s desperate struggle to fight her way out of the Black Hole of grief and heartache. It is also a memorial to my daughter, Monique.