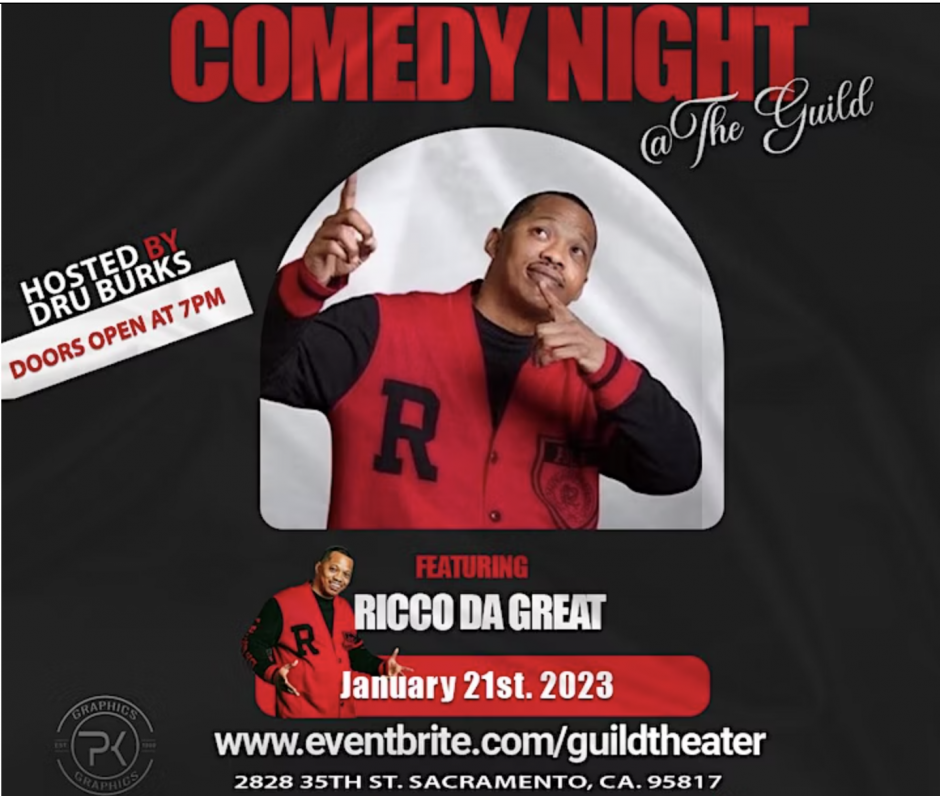 (Headliner) Ricco Tha Great from Berkeley Ca. has been tearing up comedy stages all over the USA since 2013. His professional personality, wild and fun stage presence makes new fans for him wherever he goes from Tommy T’s (Rancho Cordova & Pleasanton CA)

Your entry grants the event organizers full rights to use the images resulting from the photography/video filming, and any reproductions or adaptions of the images for social media, press releases, and fundraising opportunities.