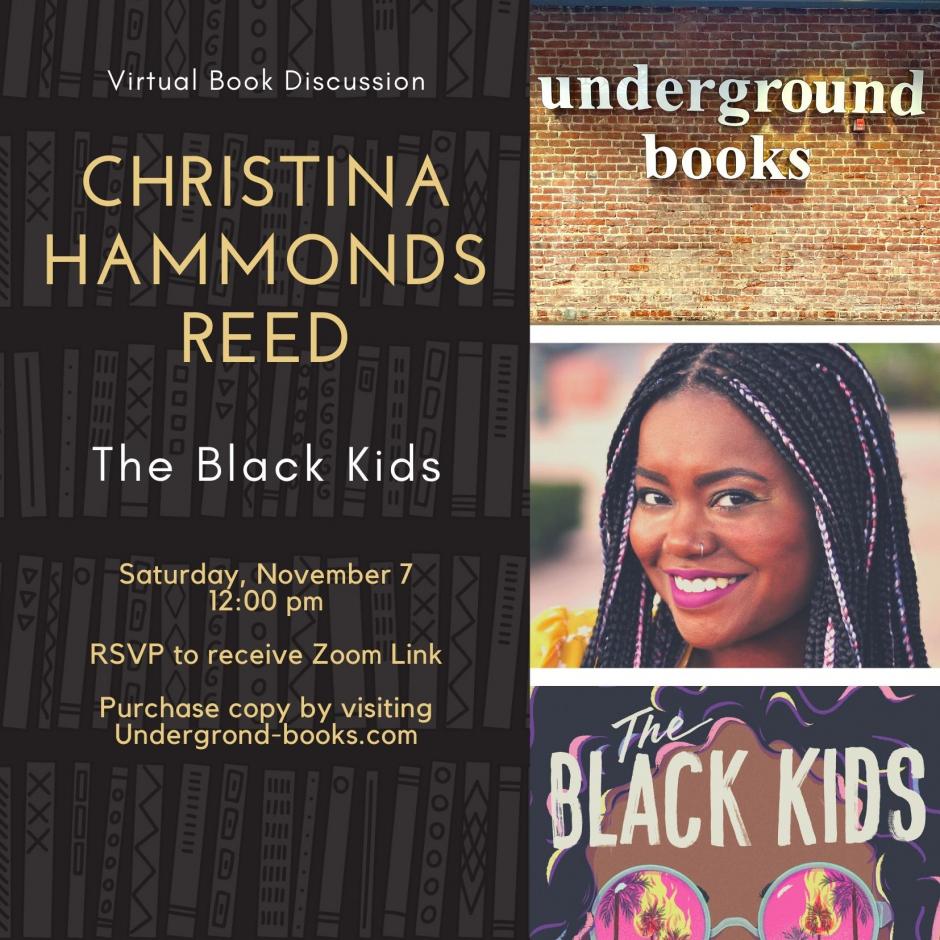 Please join us for another virtual book discussion!

Underground Books is excited to welcome Christina Hammonds Williams as she discussed her newest release “The Black Kids”.

This coming-of-age debut novel explores issues of race, class, and violence through the eyes of a wealthy black teenager whose family gets caught in the vortex of the 1992 Rodney King Riots. Ashley Bennett and her friends are living the charmed life. It’s the end of senior year. Everything changes one afternoon in April, when four LAPD officers are acquitted after beating a black man named Rodney King half to death. Suddenly, Ashley’s not just one of the girls. She’s one of the black kids.

As violent protests engulf LA and the city burns, Ashley tries to continue on as if life were normal. With her world splintering around her, Ashley, along with the rest of LA, is left to question who is the us? And who is the them?