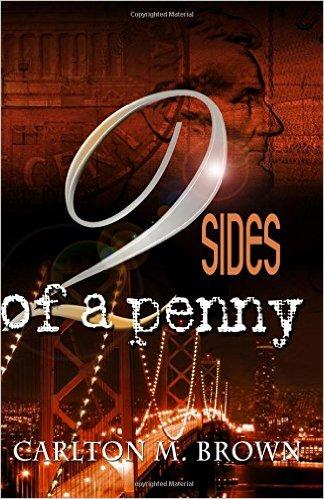 Losing both parents to the cold Bay Area streets and a brother to the system, Jason can’t help but shake the fear of being taken next. In his struggle to stay alive, and keep his brother Savion from being America’s nightmare, he must also worry about Gooney’s underhanded plans. Along with the love of his life Sheila, Jason moves heavy weight with the dreams of one day settling down and raising a family. A few blocks over, Italy is abused daily by her crack-addicted mother and longs for the love of her deadbeat father. Finally crossing paths, Jason proves to be a blessing and a curse to Italy, giving her a dose of reality on more than one occasion. As Italy’s life spirals out of control, she’s reminded of Jason’s teachings but the boosting and drug dealing lifestyle has her trapped. What will it take for Italy to give up the street life? Will Jason reach his goal and retire from the game? 2 Sides of a Penny is a roller coaster ride through triumph and loss, love and hate, power and revenge, deceit and mutiny to see who will be the last breathing survivor.