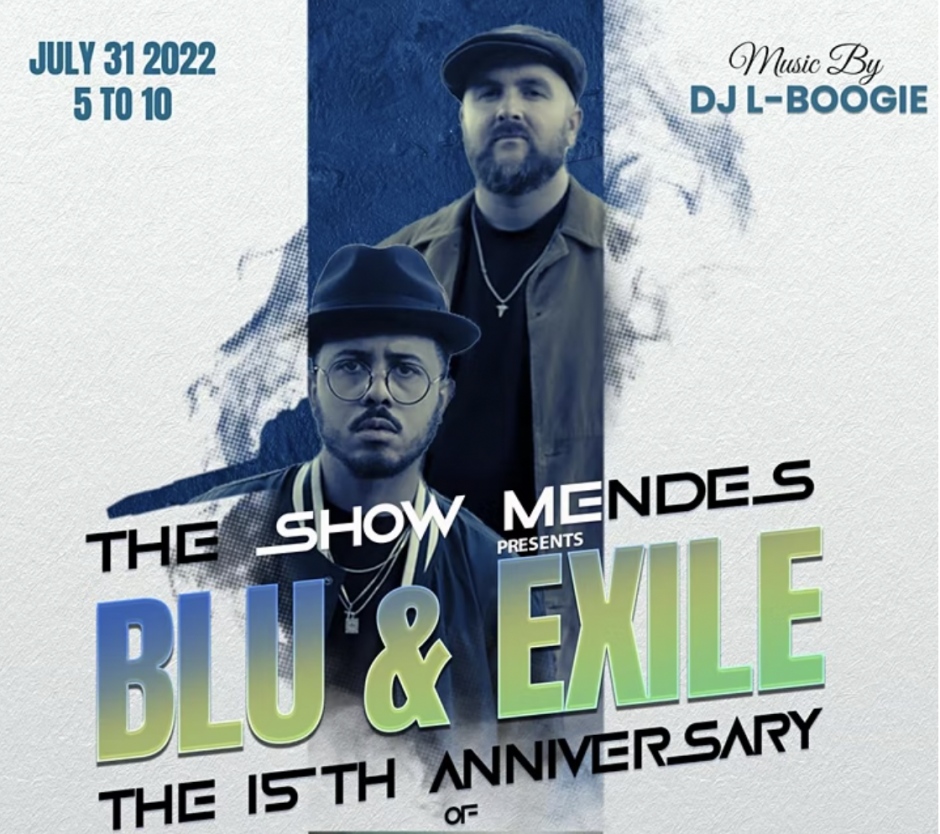 BLU & EXILE Concert in Esther’s Park . This is a 21 & up event with Special Guest Dibiase , Tip Vicious & Yumz Awkord

VIP Tickets : You get to enter the Park early and Meet & Greet After the Show

(Headliner) Blu and Exile first met in the mid-2000s while Blu was serving as a hype man for various hip hop groups including Slum Village, Platinum Pied Pipers, and Exile’s own group, Emanon.[1] He was personally introduced to Exile through Emanon’s other member, Aloe Blacc.[1] In 2007, Blu & Exile released their debut album, Below the Heavens, which was described by XXL as “one of 2007’s most celebrated hip-hop releases”.