Author Reading: An Evening with David A. Robertson Underground Books 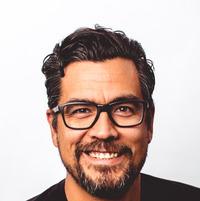 REGISTER FOR THE FREE VIRTUAL WEBINAR

Underground Books is pleased to join the Sacramento Public Library and UC Davis School of Education as the official book seller for Words Take Wing (Opens in a new window): Honoring Diversity in Children’s Literature, an evening with award-winning author David A. Robertson. David will talk about his career as a writer, from when he started writing when he was 8 years old to when he was first published at the age of 32. He will discuss what inspires his work, how he chooses what to write, and why he mostly writes for children. This event will take place on Zoom on February 15 at 6 p.m.

According to UC Davis School of Education(Opens in a new window), “Words Take Wing: Honoring Diversity in Children’s Literature (WTW) celebrates children’s literature and values its capacity to inform, inspire, and empower by giving voice and forum to the creators of children’s books. The WTW committee endeavors to highlight notable authors and illustrators of diverse backgrounds and to make the program available to those children with whom the experience might strongly resonate.”

David A. Robertson (he, him, his) is the 2021 recipient of the Writers’ Union of Canada Freedom to Read Award. He is the author of numerous books for young readers including When We Were Alone(Opens in a new window), which won the 2017 Governor General’s Literary Award and the McNally Robinson Best Book for Young People Award. The Barren Grounds(Opens in a new window), the first book in the middle-grade The Misewa Saga series, received a starred review from Kirkus, was a Kirkus and Quill & Quire best middle-grade book of 2020, was a USBBY and Texas Lone Star selection, was shortlisted for the Ontario Library Association’s Silver Birch Award, and was a finalist for the 2020 Governor General’s Literary Award. His memoir, Black Water: Family, Legacy, and Blood Memory(Opens in a new window), was a Globe and Mail and Quill & Quire book of the year in 2020, and won the Alexander Kennedy Isbister Award for Non-Fiction as well as the Carol Shields Winnipeg Book Award at the 2020 Manitoba Book Awards. On The Trapline(Opens in a new window), illustrated by Julie Flett, won David’s second Governor General’s Literary Award and was named one of the best picture books of 2021 by the CCBC, The Horn Book, New York Public Library, Quill & Quire, and American Indians in Children’s Literature. Dave is the writer and host of the podcast Kíwew, winner of the 2021 RTDNA Prairie Region Award for Best Podcast. He is a member of Norway House Cree Nation and currently lives in Winnipeg.