At Underground Books in Sacramento, youth find their freedom 1.31.2020 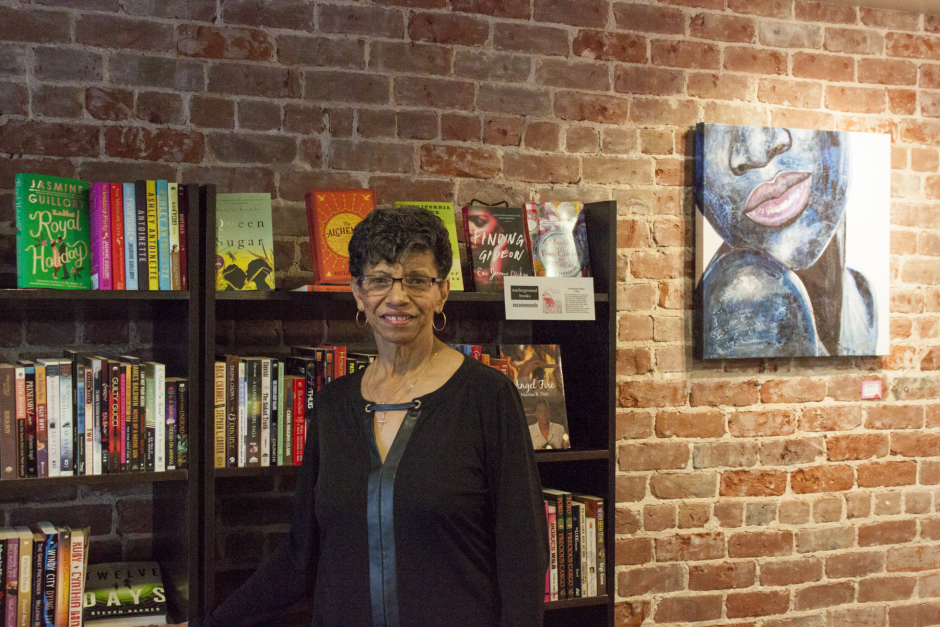 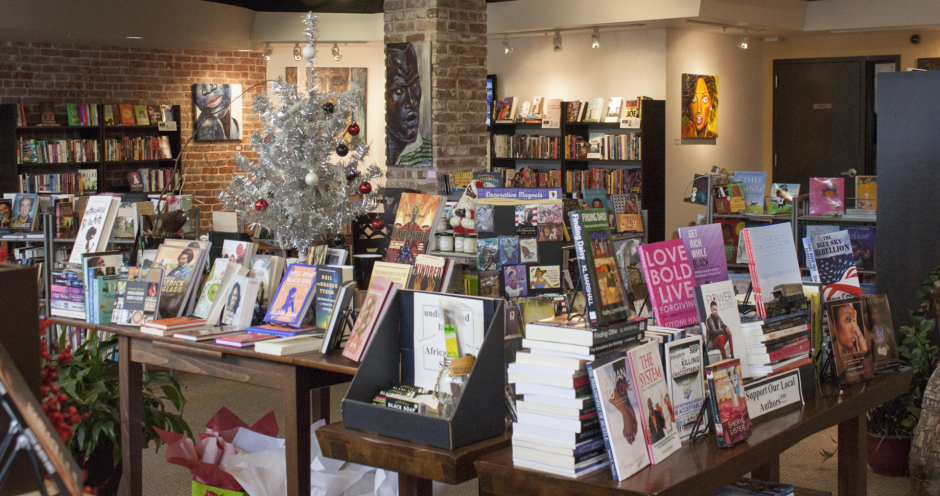 Author’s note: The following story was originally written for Comstock’s magazine as part of my recurring “Media File” column, a monthly examination at media-related businesses in the Sacramento region. Comstock’s declined to publish this story.

Walk into Underground Books along Broadway in Sacramento’s Oak Park neighborhood and the first thing you’re likely to notice is that it isn’t your typical bookstore.

Instead of rows and rows of retail bookshelves where items are catalogued by genre, there’s small shelves and racks scattered throughout the store with various merchandise, including books that are placed strategically at the eye level of a child, as if the store was inviting one to grab a book, plop down on one of the store’s various chairs or couches, read and stay a while.

If that sounds similar to what a library does, those connected with Underground Books will take that as a compliment.

“There’s no library in Oak Park, and there hasn’t been for 40 years or so,” Georgia West, better known to bookstore patrons as Mother Rose, says. “We’re kind of the hub, the literary hub, of Oak Park.”

Opened in the summer of 2003, Underground Books was one element of a larger project by the nonprofit group St. Hope to transform the 40 Acres area of Oak Park into a vibrant and thriving cultural hub. The initial plan for 40 Acres was designed by the group’s founder, former Sacramento mayor and professional basketball player Kevin Johnson, who envisioned a bookstore, theater, barbershop and restaurant for the area, one that reflects Oak Park’s largely African American demographic.

The vision was completed last year with the opening of “Fixins,” a soul food-themed restaurant Johnson launched with his wife Michelle Rhee. The restaurant, located around the corner from Underground Books, has drawn a significant amount of foot traffic to the shop, with West — Johnson’s mother — estimating the store has seen a tripling of business since.

“You’ve got people coming from all over Northern California,” West says. “(Fixins) has really helped us, which is causing us to change things in the coming year, because we’re trying to grow as things grow.”

Georgia “Mother Rose” West, the owner and manager of Underground Books. Photo by the author.

Business is good now — but that hasn’t always been the case. Underground Books had to weather the same changes in the retail industry and media consumption that drive big-name competitors like Borders out of business.

One thing that helped keep Underground Books alive was a shift in its business model: Originally opened as a for-profit business, the shop converted to a not-for-profit model a few years later.

The shift helped the store in a number of ways: It was able to hire interns whose salaries were paid by various city initiatives, including Darrel Steinberg’s Thousand Strong program. It also helped Underground Books solicit sponsorships to help bring authors to the store at a time when publishers started limiting how much they would cover for a writer to travel as part of a book tour.

“We were able to get Terry McMillan and a couple of big names, and those sponsorships helped us with the expenses,” West says. Other big names who have come to speak at Underground Books included the Rev. Al Sharpton, political commentator Donna Brazile, poet Nikki Giovanni and actor David “Sinbad” Adkins. To help with capacity, the bookstore partners with the Guid Theater, operated by St. Hope, which is next door.

But one of Underground Books most-lucrative partnership has been one forged with Sacramento Charter High School, a St. Hope-operated campus just a few blocks from the shop. The store carries shirts and other gear emblazoned with the Sac High logo, and students can purchase that merchandise at a 30 percent discount.

It’s a carrot to getting young minds in the shop — lure them through the door with something that’s reflective of their identity, like a Sac High sweatshirt, and perhaps they’ll learn something new about their background and culture. One thing they’re likely to learn early on is the history behind the store’s name.

That can open the door to a wealth of knowledge that puts African American history on the same level with how grade school textbooks cover the founding of the country or the revolution that earned the United States its sovereignty. Those same textbooks might take a cursory approach to explaining who black leaders like Tubman, Dr. Martin Luther King, Jr. and Rosa Parks were, but why they matter is often lost thanks to an American desire to bury painful elements of our history. Sometimes, the achievements of notable black leaders is simplified merely by the significance that they were black. Lost is the important context of why that matters.

Independent bookstores that focus on black history help bridge the gap between the who and the why while also helping to elevate other lesser known — but no less important — black figures, especially community leaders like artist Milton “510” Bowens whose paintings are displayed throughout Underground Books.

“As time goes on, it’s harder to get young people to read,” West says. “But we try as much as we can to involve them.”

Matthew Keys is a digital media consultant and freelance journalist working in the Sacramento editor. He is the former digital editor of Comstock’s magazine.