What is Cousins’ legacy? With Kings, it’s debatable. In Oak Park, it’s ‘everlasting.’ 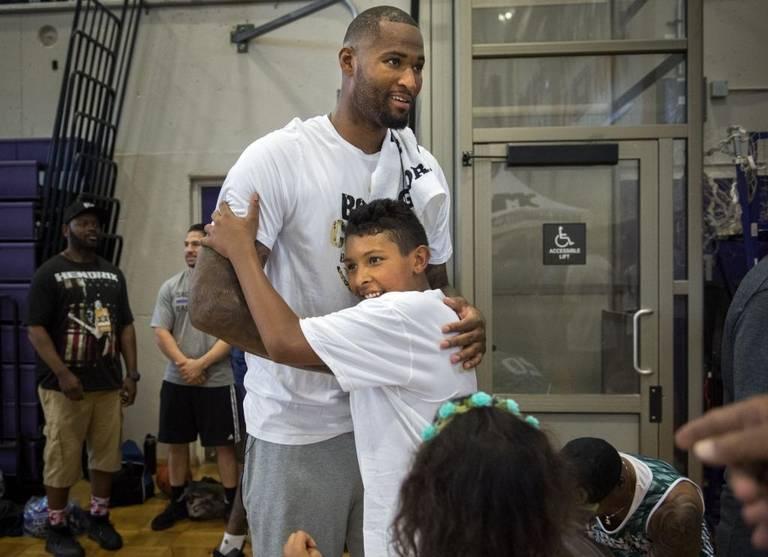 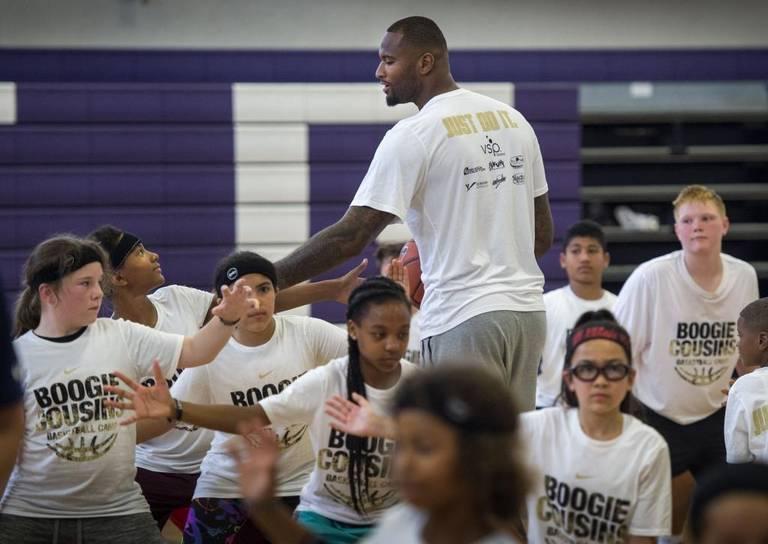 DeMarcus Cousins’ love for Sacramento did not end the day he was traded to the New Orleans Pelicans.

He’s still connected to the many friends he made in nearly seven years, and he’s still loyal to the children and families cared for as if they were his own. That’s why Cousins was at Sacramento High School on Wednesday, working up a sweat and having fun with over 200 children for the DeMarcus Cousins Elite Skills Camp, which was free to all youth who registered and included an eye exam from VSP and glasses for those who need them.

“Just because I’m gone it doesn’t mean the relationships end,” Cousins said. “I still care for these kids, what’s best for them and I’m going to stick to my word.”

Cousins’ time with the Kings included three All-Star selections, but he was also a polarizing figure for the fan base. Other Sacramento athletes have reached out to the community, but Cousins was drawn to places like Oak Park and Del Paso Heights, the kind of neighborhoods that are too often ignored or forgotten when athletes host camps.

A native of Mobile, Ala., Cousins saw a bit of himself in those communities. He regularly attended sports events at Grant and Sacramento high schools, and the students embraced an NBA star who was a lot like them.

“That’s exactly what it is,” Cousins said. “These kids grew up similar to how I grew up, people in my neighborhood. So there’s automatically a connection there. I understand these kids and I think they understand where I come from, my message and what I’m trying to deliver to them. I think they’ve received it over the years, I think they’ve grown over the years as athletes, as people, as human beings and that’s what it’s about.”

That Cousins kept the event in the inner city rather than the comforts of the suburbs resonates with those around the camp.

Sac High boys basketball coach Earl Allen likened Cousins’ outreach to that of Raiders running back Marshawn Lynch, who remains connected to the neighborhood where he grew up in Oakland.

Allen said Cousins makes an impact beyond financial contributions – which include buying Sac High a new scoreboard – with his presence and how he relates to the students.

“He’s genuine,” Allen said. “He comes in for the games and he makes himself accessible, not only to the players but also the kids. I’ve seen him have casual conversations with kids at the school, the kids talking to him on social media and he’s responding. But what I like most about what he does is that he is here and not just his name. Some guys put their name on certain projects and they come for about 30 minutes, but what I like about DeMarcus is that he’s always here, he’s always around.”

Cousins said of his feelings for the community: “You’ve just got to be in it to understand it. It’s a real genuine care for these kids and I think it’s vice versa.”

It’s what he wants to be remembered for the most from his time in Sacramento, even if he’s unable to hold the camp in the future.

He has no control over how he’ll remembered as a King, but knows his legacy and standing with the folks in Oak Park is solid.

“Basketball, it doesn’t last forever and we all know that,” Cousins said. “These relationships, the way I connect with this community, these families, that’s everlasting. Basketball is a short-term thing.”

Cousins is noticeably trimmer these days, having instituted some new workouts including weights, which he’d previously been averse to doing. He’ll be a free agent after this coming season, but he said that’s not his focus.

“That’s a long way away,” Cousins said. “My only focus is to be the best DeMarcus I can be, come in the best shape I can and help the Pelicans win games this year. We’re confident in our team, we believe we will be in the playoffs this year; it’s just a mater of going out there and doing it.”

Jason Jones: @mr_jasonjones, read more about the team at sacbee.com/kings.