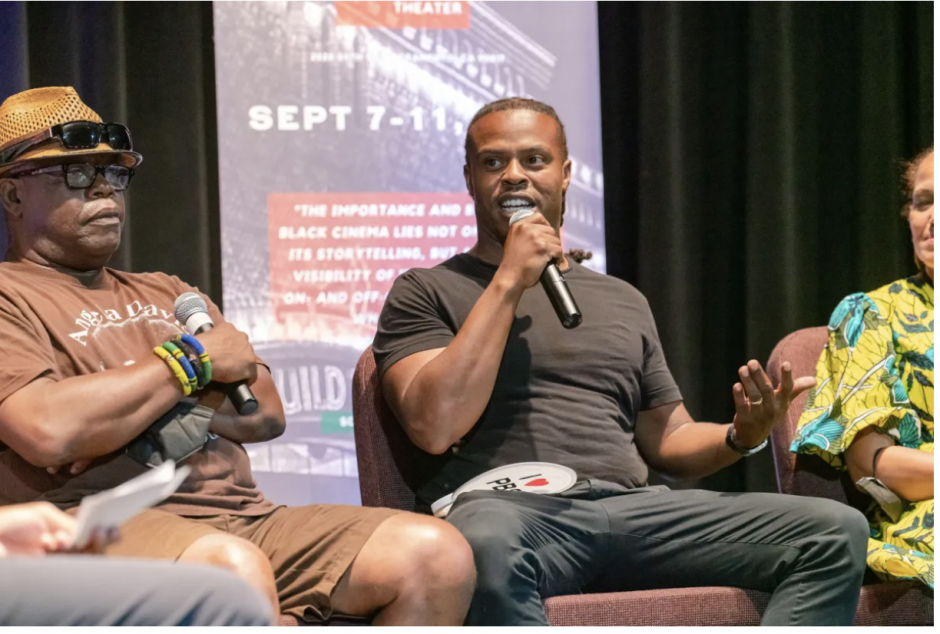 The first annual Oak Park Black Film Festival is just days away – and it’s a must-see.

The inaugural five-day festival will be held Sept 7 – 11 from 6 – 9PM at the Guild Theater in Oak Park, Sacramento. The event will feature independent short and feature films by African-American filmmakers. The screenings will be followed by a panel discussion with film producers moderated by St. Hope Academy founder, Kevin Johnson.

Tickets for the Oak Park Black Film Festival start at $15 and can be purchased online, through eventbrite. \

“Black filmmakers are underrepresented in the film industry, this is the time to give them exposure and support,” said Cassandra Jennings, the President and CEO of St. Hope, which owns the Guild Theater.  “It’s wonderful that we are bringing this experience to Sacramento.”

The event is modeled after the Martha’s Vineyard African-American Film Festival, which for the past two decades has grown to attract A-list Black filmmakers and actors such as Tracee Ellis Ross, Tyler Perry, Spike Lee, and Jennifer Hudson – to name a few.

“Not everyone can get to Martha’s Vineyard,” Jennings said. “It’s going to be very helpful to local artists because they will be face-to-face with the producers and creators of these films.”

“The beauty of bringing these films to our community is it provides the perspectives of the filmmakers,” Jennings said. “[The films] are either going to speak to us or they’re going to challenge us with something different.”

So, leave the kids at home – this event is for the 18 and over. Adult-beverages will be provided by local Black-owned businesses, with beer by Oak Park Brewery and wine by McBride Sisters Winery available for sale.

“This is just the beginning,” Jennings said. “Coming out of a pandemic, we deserve to sit back and watch a good film”