Join us at the Guild for an excellent play, “The Absent Father, the Wayward Son” 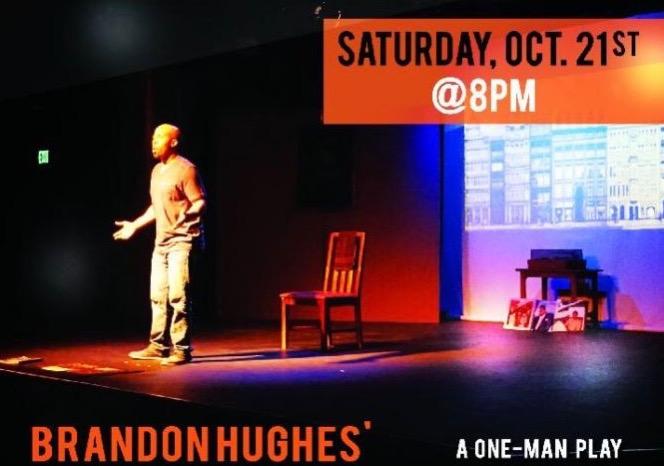 The Guild Theater has the pleasure of bringing back Brandon Hughes and his one man play, “The Absent Father, the Wayward Son” on Saturday, October 21, 2017. Hughes plays multiple characters throughout the production by portraying the son of his absent father. During the show, the audience watches as David (The Wayward Son) learns his absent father, who he has never met, spent many nights at his home for years entirely unbeknownst to David.  This perplexes David as he often wondered why his mother allowed his father to come home, but never spend time with him, which in turn causes David to question why his father never loved him.

This one man show is not only hilarious, but it’s an honest story that shows the importance of love, honesty and forgiveness. Brandon Hughes’ amazing “The Absent Father, the Wayward Son,” played to a packed house the last time he performed at the Guild so make sure you show him love and get your tickets before they sell out for the Saturday, October 21st showing —brandonhuges.net!